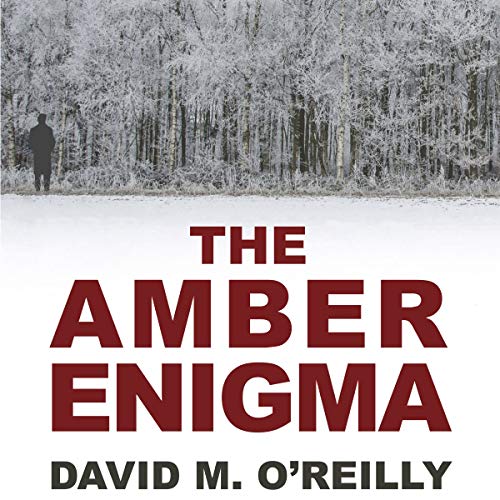 A panel from the lost Amber Room looted by the Nazis in 1941 comes on the London art market. Two mutilated bodies are discovered on wasteland outside Moscow’s Yaroslavl Railway station. Initially the two events seem unrelated.

Senior Investigtor Nikishin, troubled by the recent loss of his wife and haunted by the presence of his dead daughter, is assigned the case. Then the murder of a specialist art thief in London and a Bond street dealer on his luxury yacht on the French Riviera set in motion a chain of events that find Nikishin, and his SPBR team, his loyal sergeant Dmitri Roskov, and his forensics specialist the beautiful Tamara Lomakina pitted against the ruthless assassin known only as the Caretaker, who will stop at nothing to achieve the ambitions of his employer - the fanatical billionaire art collector Abel Steele.

But as Nikishin pieces together the 70-year-old puzzle, they realize the forces pitted against them are more powerful and sinister than they anticipated, but when the Caretaker becomes fixated on Tamara, Nikishin realizes he has more than just a crime to solve. The trail takes Nikishin and Tamara on a desperate chase across Russia and northern Europe as they attempt to unravel a complex and sinister conspiracy that reaches to the very top of the Russian political establishment causing economic and political ripples that spread across Europe. When an Israeli Mossad operation codenamed Jericho threatens the possible collapse of the Swiss banking system the stakes become even higher. The clock is ticking for Nikishin and Tamara to outwit the forces pitted against them and solve the mystery and discover the location of the vast treasure hidden in the closing days of the Second World War.

The opening gambit can win the game.

The Amber Enigma is a complexly woven tale of ambition, determination, political treachery, intrigue, terrorism, and murder. Lots of murder.
It would be pointless to rehearse the plotline, given the very full and informative synopsis already given, other than to say it starts in two places and times, the first being the disappearance in Germany of the fabled Amber Room at the end of World War II, and the second being the discovery in Russia, just outside of Moscow, some 70 years later of two skulls, recent but identifies unknown. This latter case is given to a senior investigator Sergei Nikishin and his colleague and friend, Dmitri, to follow through. The heavy Russian personality shines through these pages, not only because the trail followed is so grim but also because Nikishin is still trying to recover from his wife's recent suicide and the memory of his only daughter who died as a four years old child in the tsunami in Thailand years before.

Characterisation of the several main players in this drama of treasure hunting and political obsession is good, if somewhat depressing, and especially so of the two main adversaries, Nikishin and the assassin, the Caretaker, as the action moves across Europe, focused mainly on France, Germany and Russia. The feeling of place is also atmospheric and conversation is mostly mundane and realistic, not given to hyperbole. The reading by Edison McDaniels is fast paced and somewhat downbeat, befitting the subject matter, but made all the more so by his strange use of inflection of downward and more emphatic voicing of the last word in most sentences as if each is the culmination of a paragraph rather than a mere part of a much larger stream of writing. It became disconcerting and irritating after a while. Otherwise the presentation is mostly good: a few odd pronunciations and little by way of character voicings, though this was not problematic as it was clear who was speaking.

At times initially confusing as the action leaps from place to place and person to person between the various strands of the story, it does settle down into a good overview of the different but interconnected whole. It becomes a frightening overview of World politics and corruption. My thanks to the rights holder of The Amber Inigma, who, at my request via Audiobook Boom, freely gifted me a complimentary copy. If art and intrigue, treasure hunting and politics, all tied up in personal vendetta and murder detection are genres enjoyed, this is certainly a book for you. It was several stories rolled into one bigger international tale, quite an achievement. But bleak.

Narrator the problem for me

The storyline is pretty good, but a little slow developing. Overall I enjoyed the book. However, there is just something about this narrator that seems a bit off. When speaking in the first person, the narration is fine. Otherwise, I thought his inflection on the last word of each sentence was distracting.

Enjoyable but slow burn of a novel

It kind of took a while for the action to ratchet up but once it finally did it was a great ride til the end.

A Chilling Assassin in a Complex Mystery

I received this book for free. I voluntarily left this review and all opinions contained herein are mine.

The book blurb provides a really good synopsis of the plot so I won't repeat it. This is a complex mystery -- with several balls in the air at all times. Every time you think you may have it figured out, another twist is introduced causing you to rethink everything. The Caretaker, the assassin, is so creepy and scary. He is calm, collected and even empathizes with the person he is speaking with before very coldly and callously killing them. The Caretaker reminded me, at times, of Norman Bates and Dr. Christian Szell, a Nazi-dentist, in "The Marathon Man" who was played by the unforgettable Laurence Olivier [I still shiver at "Is it safe?"].

The narrator, Edison McDaniels, did a really good job. He did not really do character voices [although some did have accents]. His narration was very low key, which was suitable for this book. And, whenever the Caretaker appeared in the book, Edison McDaniels did a great job adding a "creep factor" to the narration.

The Amber Enigma: I just loved this book. Very descriptive and graphic, lots of action. It captured my imagination from page 1 and held it right to the end. I do hope there is more of these two.

I found the style of writing and subject matter to be very like Martin Cruz Smiths - Wolves eat Dogs. Which I also loved.
Narration is first rate - Clear concise and full of tension.
I was given a free copy of this audiobook at my own request, and voluntarily leave this review.