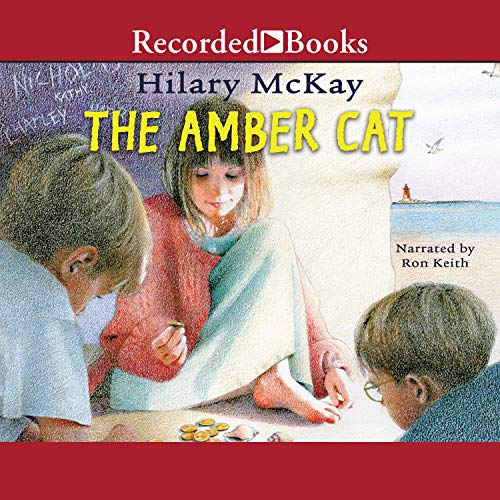 When Robin Brogan comes down with chicken pox, he doesn't think it's really so terrible. After all, it gets him out of acting in the school play. And since his best friend Dan also has spots, they are staying together at Robin's house in England overlooking the ocean. When the hours begin to drag, Robin's mother tells stories about a wonderful summer she spent in their shoreline house. Bit by bit, the boys learn of a strange girl who mysteriously appeared on the beach long ago and shared her secret cave with the children playing there. But late in the summer she left suddenly, never to be heard from again.

Hilary McKay has earned critical acclaim and numerous awards for her novels for children. This intriguing tale captivates readers with its appealing mix of past and present and the delightful surprise ending. Narrator Ron Keith's dramatic performance highlights the humor and poignancy, along with the frightfully delicious touch of the supernatural.

What listeners say about The Amber Cat