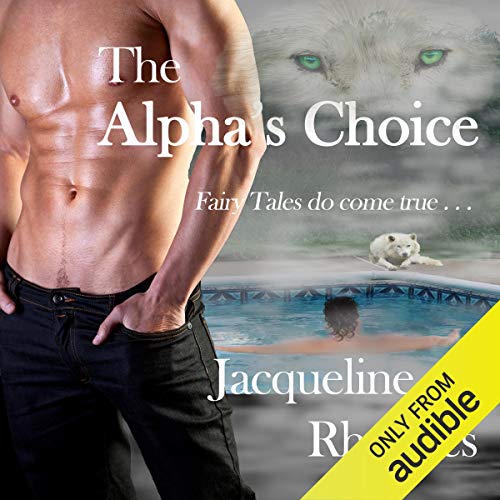 Fairytales do come true.… Katarina Bennett stopped believing in fairytales a long time ago. Prince Charming doesn't exist. Careful planning is what makes dreams come true and that's what she's spent her adult life doing. Now those plans have fallen apart. She's lost everything; her fiancé, her job, and her home. Determined to make a new start, Kat takes a job as a governess and teacher for five orphaned children and finds herself in an old Gothic mansion in the middle of nowhere with people who aren't what they seem.

Charles Goodman is the Alpha of his wolver pack, the modern descendants of an ancient line of man/beasts who've hidden among the human race for centuries. Charles has his hands full with taking his pack in a new direction and dealing with dissention in the ranks and doubts about his own abilities to lead, but when he meets his feisty new employee, he begins to believe in a future he didn't think feasible. Together, Charles and Kat, Alpha and Mate, set out to prove all things are possible and fairytales do come true.

What listeners say about The Alpha's Choice

Each one is better than the last I LOVED it.

I have so enjoyed the The Wolvers series each book is better than the last. I can’t wait to start The Alpha's Daughter it looks to be as good if not better than The Alpha's Choice. The Alpha’s Choice is the 2nd book in the Wolver series by Jacqueline Rhoades. This takes off where the first one left. Jacqueline goes more into dept of the life and history of the pack and alpha. Jacqueline has a way of pulling you into the story as she paints scenes you can picture in your head. She is a very gifted author who knows how to write a compelling story that has you turning the pages not wanting the story to end.

We met Charles in the first book in this series he is such a charming man with so much love to give his pack. He takes his job as pack leader seriously. Charles always felt he got the wrong end of the stick to prove to his father he picked the wrong man to lead their pack he started one of his own. Truly there is no alpha in this pack now the race is on to who will be the alpha who will lead this pack and the mate who will stand beside him.

Kat is such a wonderful loving character that shows in the way she deals with issue. As a teacher she feels for the wolf pups that have run wild. With her love and attention she works through to make them a pack. She must find her way through a maze of anger, hate, jealously of those in the pack.

I truly love all the characters Charles is one you fall in love with from his humor to his charm. My all time favorite would have to be Buddy in his child like ways he brings so much to the pack where other packs didn’t want him Charles made him feel important by giving him reason and support.

Jacqueline gives us wonderful characters that you become a part of. From the first page where Kat meets the wolf dog to her finding out what and who he was is pure pleasure as you laugh yourself silly over and over again throughout her tales. As she nicknames him the beast bad you chuckle, when she stands her ground to be heard your heart goes out to her. The characters are outstanding even those you might not like you have to show respect for how well developed they are.

This is an outstanding read by a very talented outstanding author. She writes from the heart as she pulls you in with her outstanding writing style. I highly recommend this series. I am so looking forward to being pulled in as the author takes me on a thrilling humors exciting read.

Good story will clean wholesome romance. The story was predictable but in the way a book lover enjoys.

I think I enjoyed reading about the orphan kids more than anything else and their relationship with Kat and Charles.

The book felt more like a contemporary romance rather than a good PNR. The narration was fine but I think the audio editing was poor I kept hearing echoes

Made better by narrator

Interesting tale with exceptional characters. Not boring or formulaic, and a surprising lot of plot twists. Everything from the setting to the diversity of the characters sets this drama well apart from the norm. There is plenty of situational humor and snarky fun!
I was fortunate to get this in audio format performed by Valerie Gilbert who has a real gift for portraying the emotions and reactions of the characters.

Not your typical wolf Romance

Katrina finds herself taking a position to help orphaned children getting a better education. She quickly realized is there something wrong with her employer but not enough to deter her. when she sees her boss Charles shift into a wolf she doesn't go run screaming like most people would. Katrina ends up being Charles mate and the storyline is quite cute on them Falling in Love and her learning to obey the alpha. the book ends with their mating ceremony so I hope we get to see a little bit more of them in the next few books. I listened to this book on Audible and I have to say the narrator did a fantastic job bringing the story to life. There were parts that weren't as interesting to me but the narrator catch you pulled into the story and kept it flowing. excellent job.

I had not listened to the previous story, but this one worked as a standalone. I received this audio in return for my honest review and I have to say that while the story started off slow for me, once it got rolling, as another reviewer noted, it's a sweet Paranormal romance for you to sink your teeth into ;) I however didn't fall for the characters like I expected to. I am a big fan of the Bitten series by Kelley Armstrong (The written version NOT audio with the exception of Men of the Otherworld and Tales of the Otherworld because the others??? Whew, sadly suffer from serious narration issues (voice "fit" for main character and audio quality) and Patricia Briggs' Anna & Charles & Mercy are beyond stellar too. However, The Alpha's Choice cast just didn't grab me, and maybe that *is* because I hopped into the series out of order.

The narration was great and made for a pleasant listen Valerie Gilbert has shuffled up the pack of my fav-narrators.

I liked listening to this new take on wolf shifter genre. I laughed out loud at some of the things Katarina said or thought, sassy and humorous. She is smart, sensitive and with a big heart, a perfect choice of mate for Charlie, the Alpha of the pack she came to without knowing what they are. But she finds out quite fast and takes it in stride. Charlie comes into his role as Alpha with her help for real, she brings a softer side to the pack. Loved her belief that the wild orphans can be tamed with love and acceptance and her willingness to protect them and those she perceives as in need of help.
Loved the narration by Ms. Gilbert, the voices for the many characters, the expression of the various emotions and situations painted a clear picture of the story all the way thru.

What did you love best about The Alpha's Choice?

I loved how Katrina interacted with the children and the others Wolves. It was also a good second book to listen to. I have enjoyed the series so far..

Let this alpha grab your ears

Paranormal listen with lots of turns and twits . First time from the author and Narrator.
The Hero is living in the country out in the wild .
Hero is Charles . Heroine is Kat
Mats life is turned upside down inside out. Life has turned her a few tricks . Loss of home , boyfriend and work
On the hunt kat is offered a governess opening out in the wild. Kat accepts the post.

Charles is the Alpha of the pack . He has a lot of responsibility that’s why he hires Kat unseen
Once he takes a look at Kat his wolf perks up

Valerie does the narrator role perfect

I Loved buddy so much. He was so sweet. The way Kat was with him and everyone else was perfect. Especially Charlie, I think she kept his ego in check a bit. I hated Stephanie from the begining.