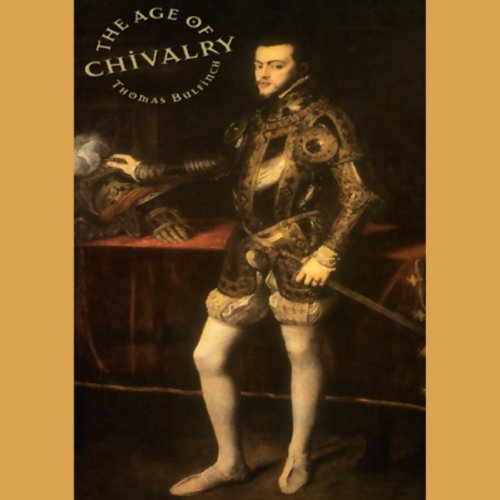 The Age of Chivalry

The Age of Chivalry, Thomas Bulfinch's masterpiece of history and fable, recounts the tales of Arthur and the Round Table. A timeless tale retold by Milton, Dryden, Tennyson, and other writers before and since, the Arthurian legend has metamorphosed from medieval Welsh texts to the French vernacular romances of Chrétien de Troyes; from obscure histories of a British chieftain of the fifth or sixth century, to a chronicle of the advent of Christendom in the British Isles.

This book not only tells the tales of King Arthur but also explains the historical events and the mindset of the people during the period of their creation.

What listeners say about The Age of Chivalry

fascinating history of place names and intertwining of legends and mythology. narration rather expressionless and hard, french names and places are pronounced nicely, but the welsh ones so badly they're unrecognisable on first listen.

For history buffs only

I couldn't finish this. I was expecting a rousing tale of Arthur and his Knights, but instead I got a disjointed collection of fireside tales with little connection to each other. It was interesting at first to hear the olde englishe prose but without an actual plot or a consistent character to follow, I got bored fast. Most of the tales made little sense and had no drama, with what could be epic battles consisting instead of knights charging and then "smiting each other to the ground". Fight over, on to the next story.

Go to Gutenberg project and check out the original text. If you like what you see, then consider buying this book. (I wish I had done that.) The narration is fair but not engaging, certainly not good enough to carry the lackluster stories.