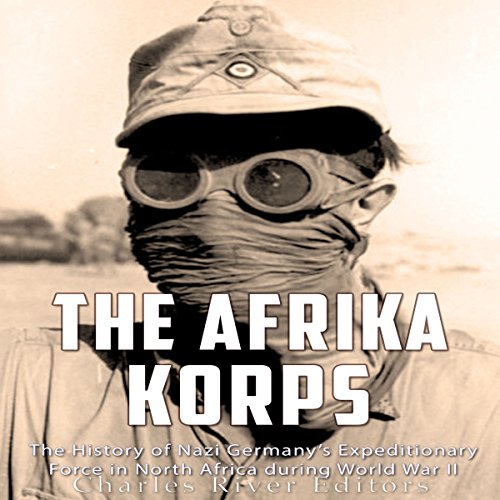 The fighting in North Africa during World War II is commonly overlooked, aside from the famous battle at El Alamein that pitted the British under General Bernard Montgomery against the legendary "Desert Fox", Erwin Rommel. But while the Second Battle of El Alamein would be the pivotal action in North Africa, the conflict in North Africa began all the way back in the summer of 1940, when Italian dictator Benito Mussolini declared Italy’s entrance into the war. From his perspective, the fact that the British and French had their hands full with the Germans created an opportunity for Italy to enlarge its colonial holdings in Africa by seizing portions of the British Empire.

However, British troops in the colony of Egypt responded to Italy’s declaration of war by driving through the Egyptian-Ethiopian border and attacking Italian troops stationed in the Italian colony of Ethiopia. By September 13, 1940, Italian commanders in Ethiopia were finally ready to put Mussolini’s plan into action and attack British colonial holdings, but British troops had already attacked a series of Italian frontier posts and had inflicted 3,500 casualties among Italy’s North African troops.

Dealing with the Italians was one thing, but the British faced an entirely different monster in North Africa when Erwin Rommel, a German general who had gained much fame for his role in the invasions of Poland and France, was sent to North Africa in February 1941. For the next two years, the Allies would face off against the legendary Desert Fox and his Afrika Korps. As a specific unit, the Afrika Korps represented only a small part of the German forces deployed in the North African theater, but the term Afrika Korps has since come to imply all forces under Rommel’s command, and the Afrika Korps is now associated with all German war efforts in North Africa.

What listeners say about The Afrika Korps: The History of Nazi Germany’s Expeditionary Force in North Africa During World War II

I have read a number of books by the Charles River Editors. I have found them to be well written and researched. The books for the audiobook format are usually short about seven hours or less. The written format usually has photographs and maps to review. My primary use of these books is to do a quick review of the subject either to enhance my knowledge while involved with in-depth reading on a related topic or to acquire an overview of the subject to decide if I want to do more extensive reading on the topic.

I have been reading about the early days of World War II, primarily about Dunkirk. All the books mention the battles in North Africa but provide no details. I chose this book to obtain an overview of the North African Campaign. The editors provide information from three viewpoints: the Italian, German and the British. The authors include information about the strengths and weaknesses of each along with some information about the high command of each army. Of course, they cover the victories and blunders of all the combatants. If you are looking for a brief review of the facts of the North African Campaign, you will find this book helpful.

The book is two and a half hours long. This is my first experience with listening to Colin Fluxman. He did a good job with the narration. Apparently, he has about forty years of experience narrating commercial materials and audiobooks.

It's pronounced "Core" not "Corpse"

Been looking for a book on the Afrika Korps and figured to give this one a shot. I could barely get through the first few minutes due to the narrator mispronouncing "Korps". The Afrika Corpse this and Afrika Corpse that, really got on my nerves.

The narrator, while well spoken, needs to take an occasional pause. The lack of pause between statements makes following the narrative difficult and even bewildering.

It does a good job of explaining why Germany got involved in North Afrika and how the British responded.

Explains why the supply-lines and geographic features were so pivotal to deciding the outcomes.

The narrator is pretty good. It's ok history for such a tiny book.