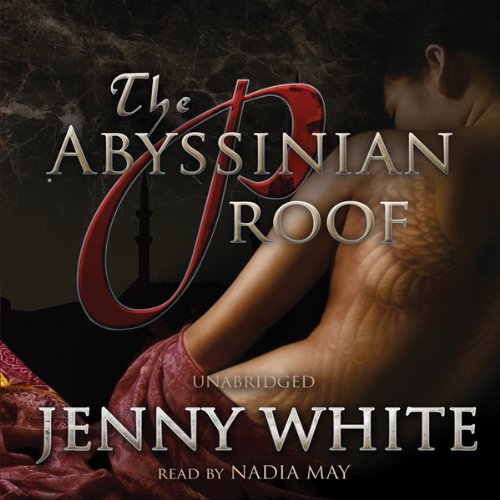 The Ottoman Empire is plagued by thefts of antiquities from mosques and churches. Within days, the lost objects appear for sale in Europe. Among them is a reliquary presumed lost for 400 years and around which an elaborate, mysterious sect has grown.

In Istanbul, magistrate Kamil Pasha is under pressure to break the smuggling ring amid rising tensions between Christians and Muslims. He confronts a mysterious adversary who will stop at nothing to get the reliquary first. With the Balkans aflame and Kamil's personal life in upheaval, the search into the old neighborhoods where Istanbul's crime rings reside may cost Kamil not only his position but also his life.

The Abyssinian Proof re-creates the gritty underworld of a dying empire.

"White, a professor of anthropology, clearly knows her period and place." ( Publishers Weekly)

What listeners say about The Abyssinian Proof

Such a lovely, many-threaded mystery. I really love White's detective, Kamil Pasha, too.

Well written, well researched. I just came back from 10 days in Istanbul and this book drew me right back to the city.

I highly recommend it.

I didn't know what to expect when I first purchased the Sultan's Seal, but I loved the descriptions of life in and around Istanbul, palace intrigues and the complicated nuances of culture and gender mores. And I love the narrator's voice also. I was very happy to see this newest Abyssinian Proof which did not disappoint. Wonderful descriptions of the village and the ancient well and the tension between old and new. Great plot twists. Very enjoyable listen.

Fascinating story. I really enjoyed the characters and the setting. I plan on reading more of Jenny White’s Kamil Pasha stories.