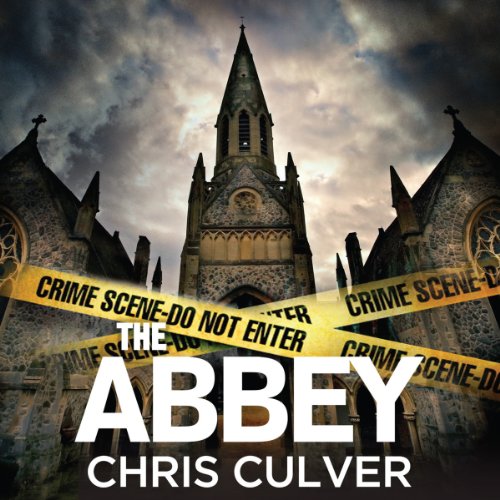 By: Chris Culver
Narrated by: John Chancer
Try for £0.00

The New York Times best-selling Sensation. Addictive, thrilling, exhilarating... You won't be able to put it down.

Ash Rashid is a former homicide detective who can't stand the thought of handling another death investigation. That's until his niece's body is found in the property of one of the city's wealthiest citizens.

The coroner calls it an overdose, but the case doesn't add up. Against orders, Ash launches an investigation to find his niece's murderer. But the longer he searches, the darker the case gets - and if he doesn't solve it fast, his niece won't be the only family member he has to bury...

Discover for yourself the US crime novel that became a word of mouth phenomenon. The Abbey is the beginning of a major new series, featuring one of the most fascinating detectives in the history of crime fiction.

"It grips from start to finish" ( Heat)

What listeners say about The Abbey

A surprising hit for me!

Would you listen to The Abbey again? Why?

What other book might you compare The Abbey to, and why?

Probably the night stalker, which also held me riveted.

Which character – as performed by John Chancer – was your favourite?

I'm usually wary of '1st in series' books, as they are usually a bit dull. This one is anything but dull, and I can't wait for the next one to come out.

The story of an Arab police man working in America living as an American cop with his family...a Muslim, is a very good idea and very a humanistic view of what a Muslim cop's life could be like in USA. However, the actual story surrounding the character was pretty rubbish.

Another thing that annoyed me was the fact that the Arab cop sounded more American then most Americans, without even a hint of his real ethnicity.

Therefor this book to me was unrealistic and boring although the delivery was excellent not withstanding the lack of any shred of an Arab accent.

I really didn't like the main character, he was not averse to breaking the law to get what he wanted, and figured that the end justifies the means. He was a borderline alcoholic who was irritating in the extreme. He was as advertised a Muslim, I have no argument with this and am a great believer in each to his own, BUT, and it is a big but, if the detective was a Catholic, or a Protestant of belonged to any other religion - would we be told every time they had - gone to Mass, or bent in prayer, received Holy Communion etc etc etc. I did not think that his frequent prayer sessions added anything to the tale, nor were they relevant.

I found the whole thing boring in the extreme, the reader was dreadful - only tolerable when I speeded his laboured speech to 1.25 speed. Even then - I did a fair amount of skimming in order to get the damn thing finished.

I am at such a loss to understand the good reviews that I read before I threw away my money on this nonsense.