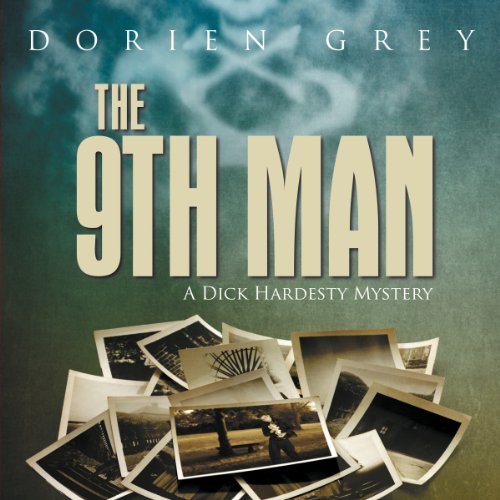 By: Dorien Grey
Narrated by: Jeff Frez-Albrecht
Try for £0.00

A serial killer is stalking the gay community and the police are largely ignoring them because all the victims are gay. Dick Hardesty takes on the job of bringing the real killer to justice as part of his first experience as a gay detective.

What listeners say about The 9th Man

After Dick is hired to find a murderer, he discovers he is actually looking for a serial killer. The police are reluctant to admit there is a serial killer because the killer is targeting gays...

Dorien Grey writes realistic and sympathetic characters, most notably Ed and Dick.
Jeff Frez-Albrecht does a decent job of narrating.

I liked the build up and mystery of the story. I read the book before listening to it and I still found the scene where the motive is revealed heart wrenching.

I’m not sure how I feel about the ending. Nevertheless, I would definitely recommend this book.

Wow! The ending of this story had me all kinds of twisted up inside! I honestly, desperately wanted Dick to just walk away from this one. Such a sad ending but a very well thought out mystery, that left me sighing with tears.

Great story but narration was a challenge

Very very good story. Duration was good but the narrator didn't change between characters. Sometimes became very confusing who spoke. Narrator did have different voices for different characters, but he only use them once in a while. Really like the narrator not necessary the narration.

"The 9th Man" is a sophomore slump as the second Dick Hardesty mystery. While the writing is crisp, the mystery's structure is frustrating and its character development is not strong. This second installment lacks the imagination and expertise that gave the "The Butcher's Son" depth and interest. For example, in the first novel, the main character exhibited a cleverness and ability in public relations and politics that held my attention. However, in the "9th Man", private investigator Hardesty is so far behind the murderer(s) that Mr. Grey jeopardizes faith in the his detective. I'm hoping that "The Bar Watcher" will be a rebound.

Dorien Grey has always been careful never to reveal much about Dick Hardesty’s appearance. We may conclude by how successful he is with the guys that he’s far from ugly. But that’s about it. But now, thanks to Jeff Frez-Albrecht, the wall has thinned. No, we still can’t see him, but we can hear him. And, oh, boy. Sexy, deep, and hunky. No wonder Dick has no trouble finding guys.

The 9th Man, the second story in the series, sees Dick called in to investigate a murder. An the more he digs, the worse it gets. There’s a serial killer on the loose taking out gay men. The homophobic police department don’t seem to be doing anything to catch the guy. This is a solid and well-crafted listen. It follows the rules for any good murder mystery. All the clues are present, the author doesn't cheat by having his detective come to conclusions based on facts that he can't realistically be in possession of.

The characters are exquisitely well-drawn, from Rholfing the queenly guy who hires Dick, to Tim, the morgue worker (and Dick's informant) who I just wanted to take home and protect.

Hardesty is particularly appealing when he provides the reader with occasionally unkind—but always astute—word portraits of those he encounters. And thanks to Mr. Frez-Albrecht tthese encounters take on greater dimension. Grey always closes the bedroom door on Dick’s sexual activity. But, thanks to the narrator’s smooth tones, these scenes still manage to titillate.

Bit by bit, we learn about Dick, what makes him who he is. The guy is surprisingly complex and this complexity is teased out slowly, just as it should be.

The ending was a little different, but I won’t spoil things by going into detail. Safe to say though, I wasn’t disappointed.