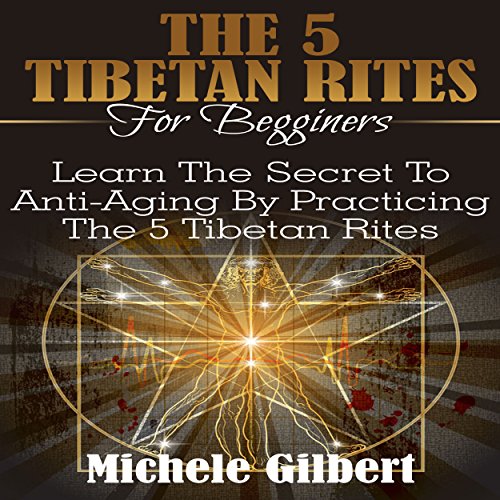 The 5 Tibetan Rites for Beginners

Discover what the Tibetan monks have known for well over 2000 years, and learn how you can achieve unlimited energy and renewed health in just five simple steps.

These Tibetan monks have held anti-aging secrets in the Himalayan Mountains for centuries but now share them with the Western world. In the Western world, there's nothing more mysterious and more confusing to our Western sensibilities and culture than that of the East, especially when it comes to religious practices. In fact, there are so many people in the West that don't really have a firm grasp on what it means to be Buddhist, a Taoist, a Confucian, or any of the other Eastern philosophies that populate the world. Outside of the ideals of Christianity and the myriad of practices that spawned from the formation of that faith, most of us don't even have a clue what it's all about.

Here's a peek at what's inside:

What listeners say about The 5 Tibetan Rites for Beginners

I found narrators voice quite good to listen to with a certain warmth. I did have to slow the recording down slightly to get pleasant effect.
The subject matter starts historically and is interesting then the 5 Rites are explained enough to try them out from narration.
The Buddhist perspective figures heavily here in this recording. A 6th Rite is mentioned but not the method. It's explained as a meditative breathing exercise and is controversial to this practice.
personally I use Sacred Rites of Rejuvenation by Samael Aun Weor together with these described here and they are truly remarkable in effect.

Very interesting and informative book, I shall practice these life enhancing stretches, thank you kindly for bringing this knowledge forwards!!