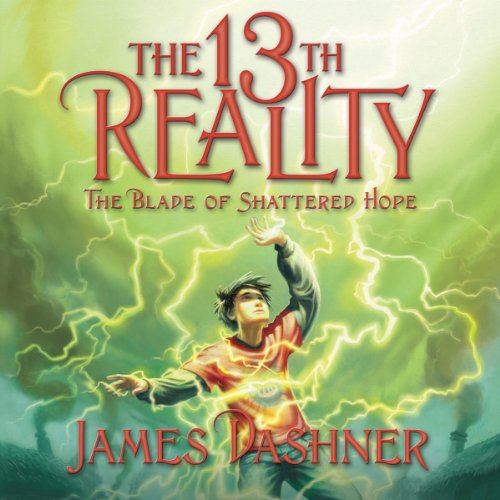 By: James Dashner
Narrated by: Mark Wright
Try for £0.00

Things have changed for Atticus Higginbottom. After the near catastrophe in the Fourth Reality, Tick’s being homeschooled in the fields of science, trying to master the mysterious Chi’karda. But just as he begins to make progress, Mistress Jane reappears, now hideously scarred and much more powerful. She has tapped into the universe’s darkest secret to create the Blade of Shattered Hope, and in her quest to attain a Utopian Reality for the future of mankind, she’s ready to risk billions of lives - including those of Tick’s parents and sisters - to set her plan in motion. Her vengeance knows no bounds. When rumors begin to circulate about the secret scientific experiments taking place at the Factory, Tick and his friends Sato, Sofia, and Paul are faced with their most dangerous task yet. And they must not fail or the entire universe could cease to exist.

What listeners say about The 13th Reality, Volume 3

As always, it keeps being a good reading, not disappointed about anything, very fresh and cool. I would love to see a movie from it

i had a hard time getting through the middle but it picked up at the end.

Even after the 3rd Book I am still faithful and finishing through the books. Tic and his friends are on their best adventure so far in the series and Miss Jane hasn't stopped yet either. Great story for a great series.

I really enjoy this series. Its always interesting. Like many little stories involved through out.

The ending is killing me, I have to read the next book immediately or I'll die. Jk seriously, a cliffhanger of note. Next book please?