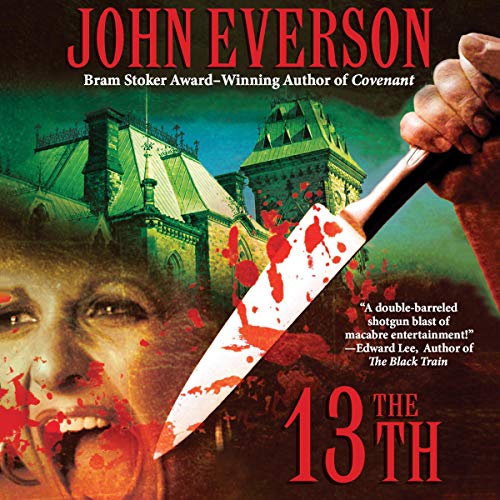 Castle House Lodge. A century ago it was an exclusive resort hotel. But for years it's stood empty, a haunting shadow of its former glories. Now, after twenty-five years of rumors and ghost stories, the overgrown grounds are showing signs of being tended. The building itself has been repaired. Castle House has new occupants. What was once a haven for the elite is now a madhouse, a private asylum for pregnant women. But are all the patients really insane? And is it just a coincidence that people have begun to disappear from the nearby town? David Shale's girlfriend is one of the missing, and he's determined to find the truth behind the mysterious Dr. Rockford and his house of secrets. He will learn the meaning of the red X painted on the basement door...and he will know the ultimate fear, the horror of... THE 13TH.

What listeners say about The 13th

Not for the faint hearted - Trigger warning

This is my first novel from this author. I listened to a short story of his, Fish Bait and really enjoyed it and so wanted a longer listen. For starters get this book on Kindle Unlimited for free rather than spend a credit on it if you can. Secondly, the narration is very good, I think the narrator does a great job of making the characters all sound like different people. This book has a lot of graphic imagery involving rape, torture, murder, infanticide and graphic sex scenes. I don't usually listen to anything so graphic and I have to listen to the last few hours in small chunks because of how graphic it is. I will definitely give this author another listen, I think the story is well written and the flows fairly fast but this is definitely not for someone who doesn't like a lot of blood and gore in their books.