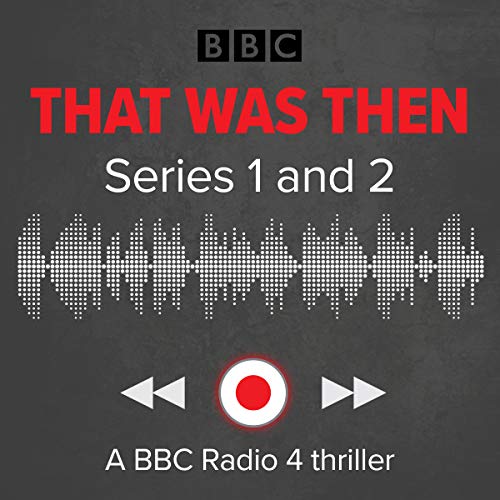 By: Jonathan Myerson
Narrated by: full cast,Rosie Cavaliero
Try for £0.00

Twenty years after a murder, the convicted man walks free.

His supporters claim a victory for justice, but for the murdered man’s friends, life implodes. Old lies resurface, and new questions haunt them.

What really happened back then, in the student house they all shared? The house where Ben died?

Anna was one of the victim’s housemates, back when they were students. Now she is a vicar, but back then she did media studies. When the case opens up again she finds all her old student films in the loft - films about her housemates - and she watches them with new eyes. Covertly recording on her phone, she starts to unravel what really happened.

This collection also includes a 10-minute behind-the-scenes feature: ‘The Making of That Was Then’.

Produced and directed by Jonquil Panting.

What listeners say about That Was Then: Series 1 and 2

This beautifully acted drama is an unstoppable juggernaut of secrets and lies spilling as the narrator tries to make sense of her past and her present. Highly recommend it grabs the listener from the off and plays the fine line between a quest for the truth and a personal teeter into madness and loss of faith.

good story but tedious! like listening to someone thinking out loud for a long time....