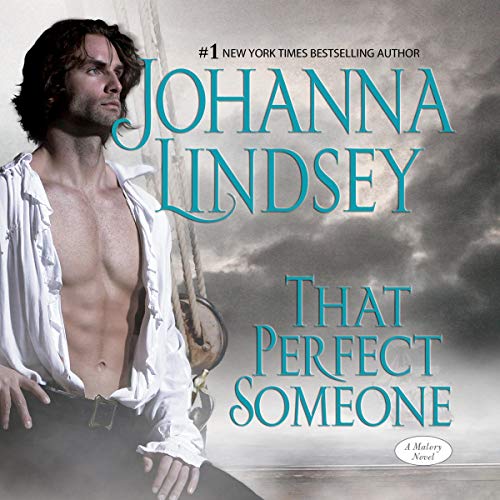 By: Johanna Lindsey
Narrated by: Laural Merlington
Try for £0.00

Nine years ago, Richard Allen fled England and his controlling father. Determined to live his own life, he took to the sea and settled in the Caribbean, joining a band of treasure-hunting pirates and adopting the persona of a carefree, seductive Frenchman named Jean Paul to guard the secrets of his past. When he slips back into England to carry out an urgent task, Richard becomes infatuated with a married woman, Georgina Malory. But his reckless attempt to woo Georgina at a masked ball turns out to be the worst mistake of his life because it brings him face-to-face with another beautiful woman.

Thrilled that her solicitors have finally come up with a way to free her from her betrothal contract to the Earl of Manford’s son who abandoned her years ago, heiress Julia Miller is ready for the marriage mart and hopes to find that perfect someone at her friend Georgina’s ball. Charmed by a masked Frenchman who gives her her first kiss, she can’t help but pursue this mysterious man - until she makes a shocking discovery. Now, to avoid falling into a ruthless nobleman’s trap, Julia must enter a risky, intimate charade with a man she never believed she could love.

What listeners say about That Perfect Someone

This was a fast paced story but I really enjoyed the book. The narrator was okay

I love all Johanna Lindsey books! I have since a child of 12. 38 Years!! I really love Laural Merlington narration the best!! Great job!