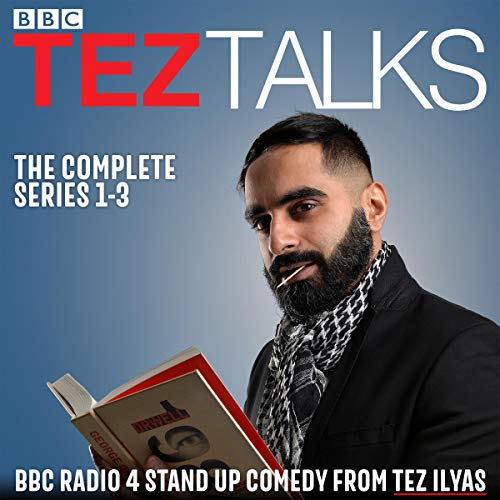 Breakthrough comedian Tez Ilyas presents a show for everyone interested in - or interested in becoming - a British Muslim. Everything you need to know is here - the do's, don'ts, and avoid-or-you'll-be-arresteds.

How can Muslims integrate better? And who says they don't at the moment? And more importantly, what's Marks & Spencer or hipster beards got to do with it?

What is the mysterious organisation that is the 'Muslim Community'? Who runs it? What does it do? And does Nadiya from Bake Off speak for them all? All these questions and more, as well as a handy cut-out-and-keep guide on being a British Muslim are tackled by Tez.

Simultaneously a hilarious, joyous celebration of British Muslim life - and a subversive one - Tez Talks is a thoughtful satire on society's attitudes to Islam.

What listeners say about Tez Talks: The Complete Series 1-3

just Tez being Tez. Hilarious and down to earth, while making incredibly important points. I agreed with everything he said!