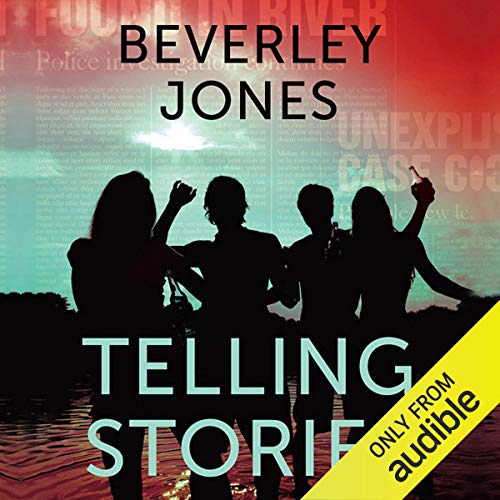 Friendship, freedom, booze and student loans: the glory days of University, the halcyon haze. For friends Liz, Cora, Mike and Stevie, students at Cardiff, that haze was shared, their circle tight, a surrogate family, bound together for three idyllic, hedonistic years in total trust. Or so it seemed. Mike and Cora marry after graduation, while Liz and Stevie look on, misty-eyed. The newlyweds move back across the border, Liz starts a career in journalism, and the group 'stays in touch' with growing distance as the routines of work and Mike and Cora's presumed domestic bliss colonise their daily lives.

A few years on, the circle reunites, with Mike and Cora returning to live in Cardiff. The foursome paints the town, marking Stevie's birthday in an orgy of nostalgia. As they drink and dance, from nowhere, a beautiful - and younger - flame-haired girl appears. This 'Jenny' seems to recognise them, knows their names...but her identity's a total mystery to them all. Or so Liz and Cora think. Then Mike and Jenny vanish from the bar; and he does not make it home that night. His innocent next-day explanation doesn't quite ring true...and then Jenny reappears. As a corpse, found by the river, foul play presumed. Liz is assigned to cover the story, and finds herself caught up in an expanding web of lies, as Jenny's death is traced back to that fateful night. Threats of blackmail and a nervous breakdown on Cora's part follow.

As mutual suspicion mounts, the ancient secrets of their college days begin to catch up with them all...and Liz begins to contemplate a drastic final solution. Unrequited love and murderous intentions meet, in a tangle of fear and confusion that threatens not just Mike and Cora's marriage, but the four friends' cherished past. A murder mystery, full of surprises, Telling Stories subverts and re-invents the chick lit genre in a darker shade of lipstick, marking the emergence of a major new voice in British fiction.