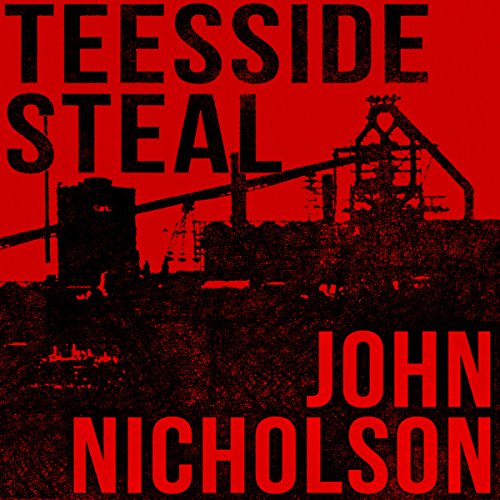 By: John Nicholson
Narrated by: Daniel Gray
Try for £0.00

Nick Guymer's life is a total mess. His dad has just died, he's being made bankrupt, he's getting evicted, his girlfriend has left him, and Middlesbrough are 2-0 down in the UEFA Cup.

But there's a way out. His father has bequeathed him a huge inheritance, if only he can find out where it is.

As he tries to repair his relationship with Julie and deal with the ghosts of his dysfunctional upbringing, he discovers his dad isn't the man he thought he was. Soon it becomes obvious something very strange has happened, and Nick begins to doubt that his dad is even dead at all. As he searches for the truth, he is plunged into a world of theft, greed, and brutal murder. Soon, as the Boro play a huge European game, he will have to fight for his and Julie's lives on the windswept sand dunes of Saltburn.

Teesside Steal is set in Teesside and North Yorkshire, and is the first in the Nick Guymer series of mysteries.

It is a story of upbringing, inheritance, and UEFA Cup football.

What listeners say about Teesside Steal

My first impression was not great, the performance seemed a bit amateurish. However, it didn’t take long before I became drawn into the story, the characters and the performance fitted perfectly. It was like being sat in a pub with your mate whilst he tells you an amazing, outlandish but believable story.
So looking forward to reading the next book by John Nicholson.