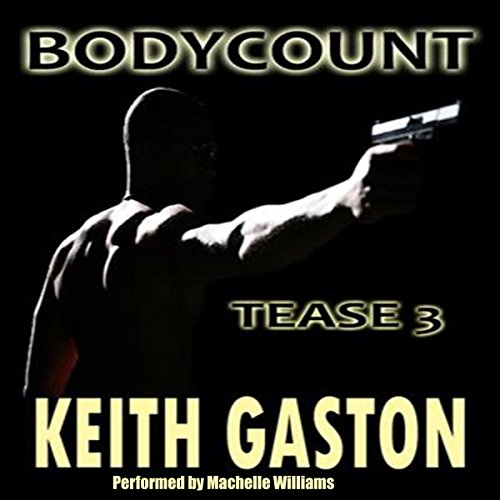 In his Washington DC office, his door reads: Shaw, Attorney at Law, but he has never fought a case in court. He has no known residence and barely anyone who he can count as a friend. He works for a clandestine agency with no name and no real ties to the government. His true identity is cloaked in mystery.

Tease, once an assassin for a powerful crime lord, now works for an agency no one knows exists. Her face and body has been changed, along with her identity. As Sphinx, she was trained to be a better killer and brought down an operation marketing a deadly new drug called Grandeur. Always a loner, she is forced to work with a team who does not have a problem cutting her throat if she ever steps out of line.

The chase for two deadly men who control nuclear devices nears its explosive end. The tables have turned on Shaw. For years he was the hunter, but now he has become the prey. Assassins from around the world have been commissioned to take him down at any cost. Fighting to stay alive long enough to complete his mission, Shaw knows the clock is ticking ever closer to a nuclear explosion unless he succeeds. With hundreds of thousands of lives at stake, failure is not an option. To make matters worse, a familiar enemy of Tease's reemerges from her past, rekindling their deadly rivalry. This time the killing isn't for business, it's personal.

An ultra secret pro-Government organisation, which even the President knows nothing about.
Recruited members have highly defined skills, like assassins, but no pasts. These are erased when they join. They did not always join willingly. But they are committed, if not to their boss, or each other, then to their country - and trying to stay alive.

This story pushes all the right buttons: a man hunt, super spies, a salacious deposed monarch wanting revenge, an angry, obsessed terrorist needing to kill, missing nuclear bombs, a potentially near miraculous new power source, regret, retribution, assassination, gun fights and murders, double cross and traitors, conspiracy, jealousy and forbidden love and a bounty of ten million dollars. Oh, and did I mention mistaken identity? A great cast of quirky characters all thrown together, but well developed, in this so-fast-its-breathless action thriller.

And narrator Michelle Williams takes it all in her store giving a great performance as the voices of all, male as well as gorgeously sexy females, as well as carrying the text with perfect place and inflection. The accents of a Brit and an Aussie might be a bit suspect, but who cares? It was all so well done.

My thanks to the rights holder who freely gifted me a complimentary copy of Bodycount, via Audiobook Boom. It was fast, brutal, funny, unusual and I really enjoyed it.
Give it a try.

What made the experience of listening to Tease 3 the most enjoyable?

The narration was really good and it melded well with the characters and the story. The story is fast paced with a great amount of detail and interest in the main character, Shaw.

What other book might you compare Tease 3 to, and why?

Rather than compare this to books you might not like, which would be unfair lets focus on what this is. It's action, drama, brilliant story and delivered at a pace that keeps you engaged.

Which character – as performed by Machelle Williams – was your favourite?

I liked both Shaw and Tease but there's a focus on Shaw and his backstory that really brings him out well.

I thought it was cool and I'm interested in seeing more from these characters.

Shaw the hunter becomes the hunted.

This is book three of the series so I am missing the main plot which seems to be missing nuclear devices. Shaw works for one of our black agencies and poses as an attorney. Sphinx is an assassin, also for a black agency, who watches Shaw’s back as he tracks down the men and missing nuclear devices. Shaw is usually the hunter, but a ten million dollar reward has been placed on his head and assassins are coming out of the woodwork to collect. Besides Shaw’s problems, Sphinx has her own issue from the past to deal with. Shaw and Sphinx definitely have their work cut out for themselves. This audiobook was given by the author, narrator, or publisher at no cost in exchange for an unbiased review via Audiobook Boom.

This was an enjoyable, if formulaic, story of clandestine organization trying to thwart extremist terrorists. It is a thriller, but I don't know that I'd call it psychological thriller, as it never made me think to hard or question what I thought I knew. It was entertaining, and, even though it was the third in a series, I thought it stood alone fairly well.

Not the best book I ever read, but not the worst either. Not having read the first two in this series I was a little worried about picking up on the main characters, but that wasn't a problem. The story line was good, and believable, but for some reason I was just not captivated and I found myself thinking of other things at times and had to go back from time to time to pick up something I missed. The story is about a clandestine group trying to recapture some stolen suitcase nuclear devices lost by the US military. The main character, Shaw, has had 1 million dollar bounty put on his head by one of the terrorists in control of the devices in an effort to thwart Shaw. The $10M bounty attracts all kinds of professional assasins in to try and kill Shaw and his partner, Sphinx, who he finds himself attracted to, and who also seems familiar to him.
&quot;I was given this free review copy audiobook at my request and have voluntarily left this review.&quot;

I repeat, this novel is and outstanding psychological thriller with lots of action and sustained suspense so strong as to be incredible.. It is a MUST LISTEN NOVEL.

I didn't particularly enjoy this book myself, hence I can't recommend it to my friends. The book is supposed to be a thriller, and it is; but it does follow a set formula and thus is somewhat predictable. I wasn't captivated by the story and it wasn't an edge-of-the-seat kind of adventure, something you would expect given that synopsis. Having said all that, it wasn't totally boring. Just that it was just another run-of-the-mill anti-terrorist story.

The narration was unclear at a few places. Other than that, it was alright.

I actually liked the story, but sometimes it was difficult to understand the narrator with her different accents and voices. There is a lot of action throughout and the characters are interesting. There is also an enormous amount of cursing. I wonder if most assassins speak that crudely? I guess I won't find out unless I unfortunately meet one. I voluntarily reviewed this audiobook after receiving an advanced copy.

Enjoyed the plot, had some trouble with the narrator. Worth a listen.

&quot;This book was provided at no cost for an honest review. &quot;