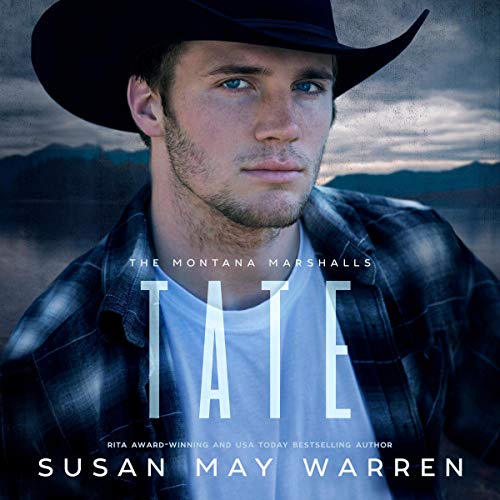 What will it cost this bodyguard to save the woman he loves?

Bodyguard, Tate Marshall, has always been the family troublemaker. Maybe it's his impulsive propensity to get into the middle of problems that don't belong to him. But once in, he can't stop himself from trying to solve them - and that includes his recent dilemma. He's in love with the woman he's supposed to protect, the beautiful Gloria, "Glo" Jackson, daughter of US Senator and presidential hopeful Reba Jackson. A member of the country band, the Yankee Belles, Glo was targeted in a recent terrorist attack designed to deter her mother from running.

Glo is as stubborn as her mother, and Glo isn't about to hide from threats, at least the kind that won't cost her heart. Because she's already paid a terrible price for the war on terror, and she can't let herself love a man who might die, especially because of her.

As the campaign heats up and the threats deepen, so does the attraction between Tate and Glo. But when they're discovered and Tate is fired, what will he do to protect the woman he loves?

And what will Glo do to keep from losing another man to the costs of war? The gripping second installment of the Marshall Family series.

What listeners say about Tate

Can you please make the rest of the series available on audible?

I loved it!!! Have already purchased the next book in the series. Starting it now.

Made me cringe & want to throw up. Simplistic & insipid I don’t know why I bought this. Save your $$$

It took me awhile to decide to read this one, but when it started exactly as I would have written it I was hooked! I love the way the family and the story intermingle - at the ranch and on the road. Ruben is a nice addition, too bad we don't have a separate story for him and his fire jumping. (gives me the shivers!)

I do hope someone tells Reba about Sloane.

Book 1 introduced us to the main characters in Tate. Again, you're a on the edge of your seat, rooting for this love. I can't wait to start Ford's journey now.

Tate has demons but so does Glo and when her mother comes into the mix those demons are stirred to a frenzied, heart stopping mess. Action packed with loyalty, family, the never surrender attitude of an Army Ranger who meets a singing star with spunk and grit enough to match him if they can stay ahead of the Russians and the domestic terrorists trying to kill them. Excellent read.

twists and turns a great read nice to find good books that are clean and sudpenful. hope the next book comes out in audio soon as my eyes are bad

Fell in love with this family!

I just finished Tate, and can not wait to get the next in this series! I feel like I know the Marshalls personally and have to find out what happens next!! great book!!

Very well written ,keeps you in suspense. I really got lost in the book didn’t want to turn it off. Now I’m waiting for the next one to come out.