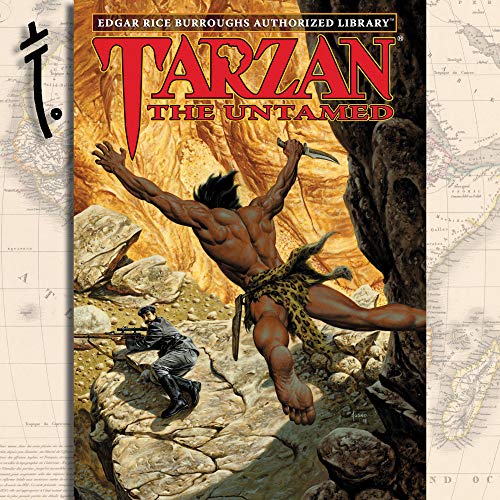 By: Edgar Rice Burroughs
Narrated by: Ben Dooley
Try for £0.00

The action is set during World War I. While John Clayton, Lord Greystoke (Tarzan), is away from his plantation home in British East Africa, it is destroyed by invading German troops from Tanganyika. On his return, he discovers among many burned bodies one that appears to be the corpse of his wife, Jane Porter Clayton. Another fatality is the Waziri warrior Wasimbu, left crucified by the Germans.

Maddened, the ape-man seeks revenge not only on the perpetrators of the tragedy, but all Germans, and he sets out for the battlefront of the war in East Africa.

What listeners say about Tarzan the Untamed