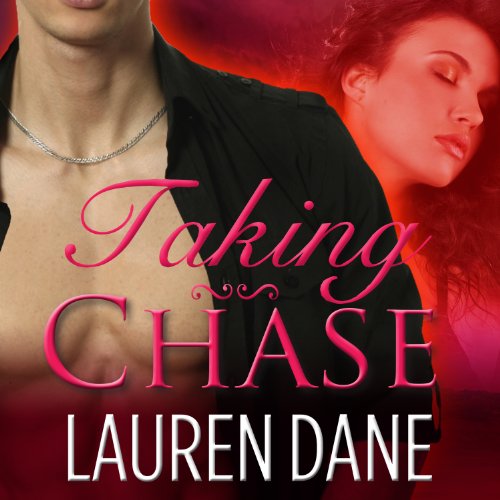 By: Lauren Dane
Narrated by: Aletha George
Try for £0.00

Cassie Gambol is on the run. In what seems like another lifetime, her ex-husband nearly ended her life and effectively ended her successful career as a vascular surgeon. But even though the justice system found him guilty of attempted murder, he fled while awaiting sentencing and Carly Sunderland became Cassie Gambol.

Fleeing Los Angeles, Cassie heads to small and off-the-map Petal, Georgia, to start her life again. Shane Chase, a man who's held himself away from commitment since his fiancée dumped him several years before, knows the beautiful newcomer is hiding something. He's wildly attracted to her strength and her underlying vulnerability as well. But the last thing Cassie wants is another big, overwhelming man who wants to control her life.

A battle begins between Shane, who knows what he wants and Cassie, who tries to keep a distance between herself and the very handsome sheriff. But Cassie's ex is back and he wants her dead.

What listeners say about Taking Chase

THERE'S 2 BRO'S LEFT SO I'M OFF TO PETAL GEORGIA

Shane's story - he's the tough dislikable Sheriff and oldest Chase brother who we met in book 1 and because of a cheating girlfriend he's a 'use them then lose them' type - until he meets Cassie who thankfully brings out the best in him but she's even more physically and emotionally scarred than him.

This is a feel good contemporary love story about obsession, trust, forgiveness and love in a small town in America where we meet some great characters including the handsome Chase bothers and their family, a damaged and violated woman on the run, a brutal ex, some jealous wanna be's and a Sheriff who has to fight for the woman he loves. It has a good plot which contains drama, tension, heartache, sex, romance, lust and love.

Could be a stand alone listen but you may miss some of the background.

Worth a credit? Yes and eagerly looking forward to the others.

sooo good .it is just that God of a story .keep u going yep read

I will have to say the author really knows how to write characters that have suffered through traumatic events. I really enjoyed listening to this book and seeing how Cassie came into her new life and learning how to move forward in her life. You'll definitely fall in love with this small town and the characters that love there. The narrative is excellent!

2nd in the series

And second best too. These are easy tales with no real surprises but pleasant to experience with such phenomenal narration. This story was a tad grittier, if I can use that term for a fluffy romance... but it didn’t pull me along as well as the first.

There is heat, very frank sexual scenes and language.

Creditworthy? Well, after the first one I may not have actually used a credit for another, it was obvious it would be predictable, but I was thoroughly pleased that I got it in my romance package, thank you Audible!

Read the book. This narrator ruined the audible version. Her male voices were horrible and there wasn’t much distinction between the females. I read another book in this series and was so excited to read another in the Chase brother series, especially about Shane. I prefer listening to reading due to eyesight issues. This one I will have to suffer through my poor eyesight reading. Story: good. Narration: bad. I will make note of this narrator and not listen to her again !

I wouldn't recommend it but I would not dis-way listening to it. It is a damsel in distress with a hero.

Would you recommend Taking Chase to your friends? Why or why not?

I think there are other books that are better. This is just a love story. I prefer action, banter and story to go with the love story. Jeanine Frost's Night huntress series is excellent! Diane Duvall is also a great listen. These authors have more complex plot and characters.

Would you listen to another book narrated by Aletha George?

I would not seek her out. She wasn't bad.

Could you see Taking Chase being made into a movie or a TV series? Who should the stars be?

Lifetime movie. People that like light plots and characters would watch it. I like more in depth characters, a bigger cast, and more complex plot.

Oh Those Chase Brothers! Can I have one?

If you could sum up Taking Chase in three words, what would they be?

I love a great ending and this one had it.

Which character – as performed by Aletha George – was your favorite?

No, I started and stopped it. But it was good. Sometimes I like to listen to a good flowing book.

What did you love best about Taking Chase?

Love how close Shane was to his family.

Which character – as performed by Aletha George – was your favorite?

Cassie was spot on, but I must say I couldn't stand the little wimpy voice Ms. George gave to Shane!

I agree with the other listeners, I can't wait to read what the other brothers bring to the table.

Not as good as "Giving Chase"

It was such an average plot that I do believe was a waste of time; but it did have a few interesting parts. I enjoyed her previous book so much and maybe I expected the same thing with this book.

Did Taking Chase inspire you to do anything?

It was too boring and dragged out so long that no, the only thing it inspired me do do was turn it off.

Good combination of suspense and love

I read the first book and was not all that moved to hurray and get this book in the series. To my surprise this one was much better. The story centers around Cassie who is running from her ex husband and she meets Shane Chase and they fall in love. I enjoyed the secondary characters in the story some who were also in the first book. I like how the author brings out the personalities of all the characters. It was just good to me...I'm not running to get the third book but this was an enjoyable book to listen to.