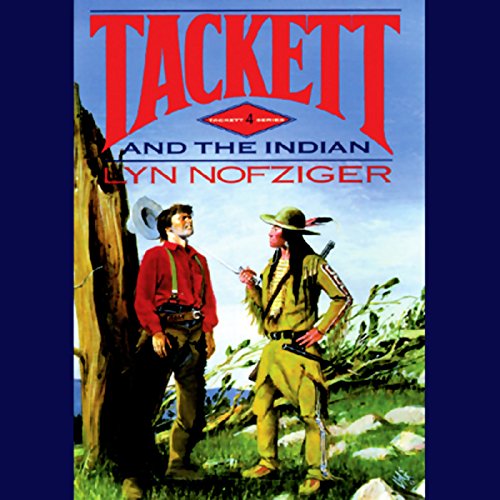 Tackett and the Indian

Yarn-spinner Nofziger is at the top of his form in this fast-paced adventure from the American frontier. Falsely accused of cattle-rustling upon arriving in Montana, Tackett is rescued by a comely Sioux maiden, only to find himself in constant danger from a vicious cattleman bent on revenge.

This fetching yarn of romance and derring-do contains non-stop action and wonderful characters like the mysterious Nez Perce Chief Whitewater, the evil Bailey Harbor, and the mountain man Pick Boone. Nofziger's large and colorful cast and exquisite storytelling bring to life the old west with all the color and verve commanded by his friend, the late Louis L'Amour, who also makes a cameo appearance.

What listeners say about Tackett and the Indian

to childish for an adult

I really enjoyed this book especially since I live in Montana. The odd thing is the book starts off talking about Cut Bank Montana but soon it switches to calling this town Cut Back.
The refrences to Louis L'Amour's Sackett are fun. The action is fast paced.

Fun story even though it is a little predictable.
Readers of this genre will enjoy the references to other western sagas. Hope to see more of this author and character.