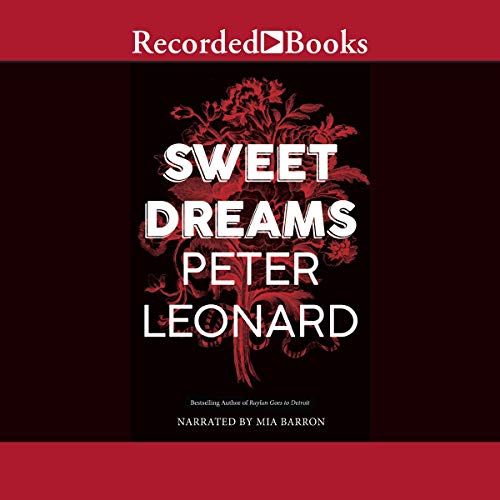 By: Peter Leonard
Narrated by: Mia Barron
Try for £0.00

Kate McGraw, the lone female on the US Marshals fugitive task force, is on the trail of homicidal bank robber when she is shot by a drugged-up ex-con. While she is in the hospital recuperating, a mysterious stranger leaves a bouquet of flowers in her room. Days later Kate is discharged. Still recuperating, she sees a man in a car parked on the street watching her apartment. This is the third time she has seen him. Kate gets the license number, follows and confronts him and discovers he's her estranged father, Frank Galvin who disappeared when she was six. Frank tells her he's been in prison for the last 18 years, arrested for armed robbery. Indignant, Kate asks him what he wants. He tells her he can help her catch the bank robber.

As Kate and Frank try to rekindle their relationship, Frank helps Kate and her team zero in on Ray Skinner, the dangerous sociopath who has now robbed seven banks and murdered two people. Feeling the heat of law enforcement breathing down his neck, Skinner discovers the identities of the US Marshals who are pursuing him and goes after Kate. He wants to find out what they know about him. Filled with real-life characters and pitch-perfect dialogue, Sweet Dreams will have you on the edge of your seat until the climatic final scene.

What listeners say about Sweet Dreams

My kind of book. I do prefer thieves and robberies and heists and con men in my fiction to reading about murder and serial killers, so the plot of the book was one which attracted me. And it was well-executed by the author.

I liked the dynamics of the relationship between Kate, our main protagonist and Frank her ex-con father. I enjoyed seeing them re-establish a connection after some lies in their past. It was a wee bit of a stretch, Kate involving her father in the case, while shutting out the rest of her team, but I was happy to go where the author was leading and it didn't bump me out of the book.

Decent support cast of characters..... the other cops, the villain of the piece - Skinner, his girlfriend and the lecherous judge. Leonard, like his father before him, creates excellent scenes of dialogue and confrontation with just the right amount of humour in the exchanges.

Great story, satisfying ending. One I'll be happy to listen to again in a couple of years when I need an adrenalin boost in my reading.

Peter Leonard has been enjoyed before - Voices of the Dead and Back from the Dead. The good news is, there's plenty more from him on the TBR pile.

Elmore was the greatest. Often copied, never matched. How odd that the closest yet should be his son. Well plotted, believable, laconic, Elmore cool.