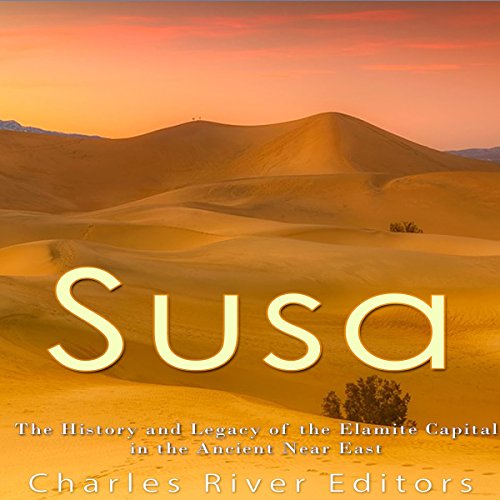 By: Charles River Editors
Narrated by: Ken Teutsch
Try for £0.00

Mankind has been on the planet for millions of years, but civilization and life in cities has only come about in the last five millennia. Through history civilizations rose and fell, dependent on nature, and they popped up independently in a handful of different places around the world. Each of those civilizations created a unique and distinctive vision of life which forms a vital counterpoint to the problems of modern society.

The ancient land of Elam was in many ways the cradle of civilization, and its capital, Susa, is one of the oldest cities in the world. Susa is located in what is today southwestern Iran, about 150 miles north of the Persian Gulf. It served as the capital of the Kingdom of Elam, and later one of the numerous capitals used by the Persian Empire. When the third Achaemenid king, Darius the Great, established his rule over the Persian Empire, he set out to build the palace of Persepolis in his homeland. Later, he constructed an equally magnificent palace complex in his favorite city and winter capital, Susa. The most famous part of the palace was the Apadana, which was built on the ruins of an Elamite palace.

Archaeological findings indicate that Susa was already an ancient city at the time of the prophet Daniel, whose tomb was in Susa, and it has become one of the holiest sites in Iran. And while the city gradually declined after the Persians were defeated by Alexander the Great, the story of its rediscovery and excavation by archaeologists from the 19th century onwards is just as exciting as the narrative of its Golden Age. The ancient city is in many ways a symbol that represents different chapters of Iran's long history, from the Elamite era to post-Islamic Iran.

What listeners say about Susa