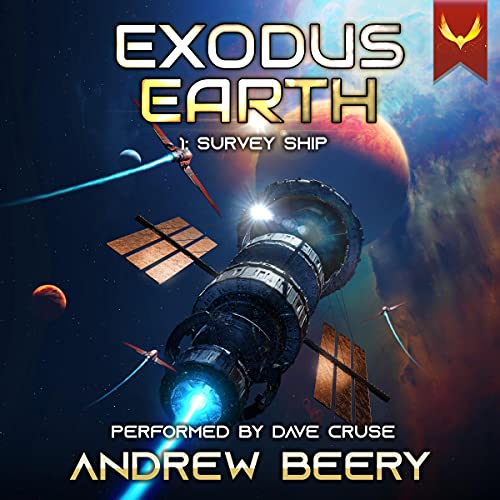 By: Andrew Beery
Narrated by: Dave Cruse
Try for £0.00

Earth is a frozen wasteland...the victim of a war we hadn't realized we were fighting.

Opportunities there are few and far between...that is, unless you're willing to put on a uniform. For ace-pilot Deborah Allen Riker (aka “Admiral Dare”), life had never been easy. She's defended Earth against countless enemies, both alien and human alike.

Now she's retired. Committed to a life of solitude and studying the aliens she spent a lifetime fighting...until she finds herself dragged into a new conflict. A conflict she never saw coming.

One of the great Arks built to carry the last vestiges of humanity into the deepest reaches of space goes missing. And she's just the gal to find it.

What listeners say about Survey Ship

Loves this story and the narrator was amazing! I would recommend this book to anyone!