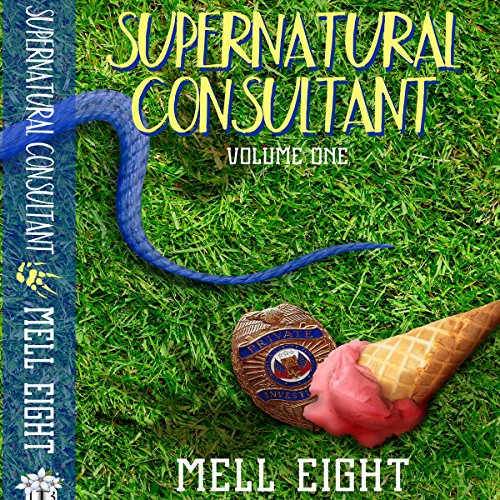 Dragon consultant - The FAA has been struggling with dragons attacking their planes, and hire Dane, a supernatural consultant, to look into the matter. What Dane finds in the woods is not quite the problem he expected: a group of dragon kits and their sick father. When he learns the real reason the family was in the woods, his case only grows more dangerous, and while Dane is plenty experienced at watching his own back, taking care of baby dragons and their handsome, distracting father almost makes danger look easy.

Dragon deception - A life full of children and mysteries to solve doesn't leave much time for relaxation or each other, something Lumie wants to help fix for Dane and Mercury by way of arranging a picnic. But good intentions and life rarely cooperate, and Dane knows it's only a matter of time before all hell breaks loose. Hell turns out to be someone using Quicksilver's name to destroy buildings, but there's no way to tell whether the enemy is an impostor or a trap - and only one way to find out. Hopefully it won't mean missing the picnic.

Dragon dilemma - Dane doesn't get along with his parents. He hasn't spoken with his mother in years and he's never met his father. Somehow his mother finds out about Mercury and the kits anyway, and it's difficult to throw one's mother out when she happens to be a powerful, dangerous witch. She isn't the only uninvited guest either, and these ones are even less likely to take no for an answer - and much more likely to leave everyone dead if they don't get what they want.

Enjoyed the narrator who fit the story and di a great job of granting a voice to the different characters Always love Mell Eight's light hearted and innocent world where love and caring prevail over our darker sides. Liked the way the child's innocence of the dragons brought out the inner parent in all of us. This series is a read that both amuses and entertains while inviting us into a world where the daily activities of life are only touched by darker weather from time to time. It's pace in gentle but in a moment the adventure is on.