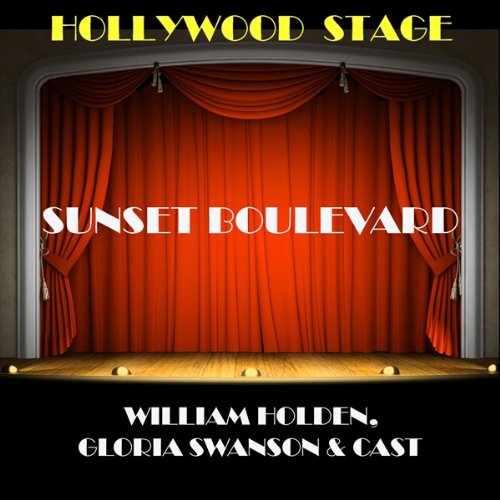 By: Charles Brackett,Billy Wilder
Narrated by: William Holden
Try for £0.00

Norma Desmond was a silent screen goddess but in fifties Hollywood lives as an isolated recluse in a crumbling Sunset Boulevard mansion, demented by her own belief in her incandescent fame and glory.

She is protected and humoured by her former husband who had directed many of her pictures and has now taken on the role of her butler and driver.

Joe Gillis, with William Holden again playing his film role, is a down on his heels screen writer who by a chance flat tyre stumbles on Norma. He moves into the mansion to supposedly write her comeback movie and becomes her lover.

When Joe becomes interested in a young aspiring actress, Norma becomes insanely jealous, leading to a tragic ending in this gripping classic.

What listeners say about Sunset Boulevard