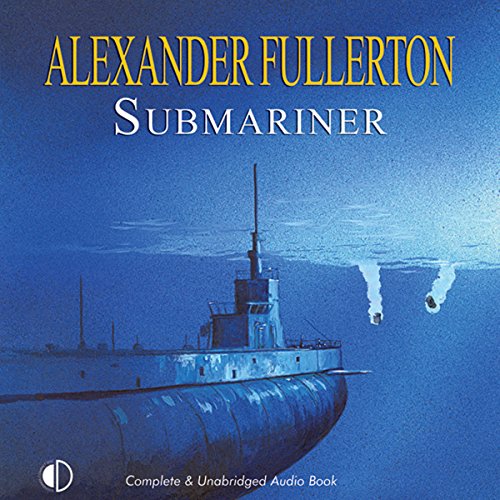 By: Alexander Fullerton
Narrated by: Terry Wale
Try for £0.00

Lieutenant Mike Nicholson is operating out of Malta. Captaining the submarine Ursa, he's part of the fleet deputed to disrupt the flow of war supplies from Italian ports to Rommel's Afrika Korps.

Although Ursa is small, under armed and frustratingly slow, she succeeds, on her 17th Mediterranean cruise, in sinking a German tank-transporter.

That triumph puts Mike at the top of the league - he has now sunk more tonnage than any of his contemporaries. Promotion to Lieutenant-Commander, at the age of 28, is now on the cards. All he has to do is adhere to two rules: to stay alive and to keep his nose clean.

What listeners say about Submariner

Slower than the M25

As a fan of military stories I came to this with great anticipation.
However the combination of the slow story, especially the second half and very poor voices, spoiled this.
I also noticed that this was the authors last book after many years of writing in the genre, perhaps he was running out of plot lines

a really good narrator would possibly make it worth listening to, i couldn't finish the book as the narrator was so bad.

i don't now yet, the above book might be ok with another narrator

What character would you cut from Submariner?

characters were not the problem

This was a good listen, looking forward to the next title by Alexander Fullerton. Would recommend to everyone.

Awful not even a shadow of douglas Reeman

Had hoped for something akin to Douglas Reeman's excellent naval stories.

This one was average.

the cadence and accent of this narrator make this book a lot of work to listen to. what should have been a smooth easy flowing writing style by the author is turned into and agonizing gate of words that requires too much effort to listen to and interpret to be able to enjoy.