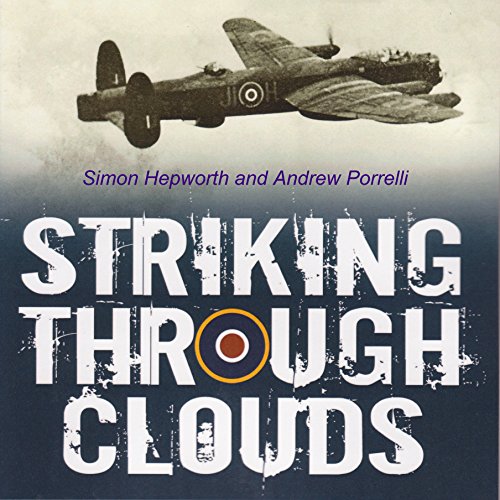 Formed on 1st September, 1943, as part of the expansion of Bomber Command No. 3 Group, 514 Squadron specialised in blind bombing techniques in the drawn out and bloody campaign against Nazi Germany.

For the vast majority of its war, 514 Squadron was stationed at RAF Waterbeach, Cambridgeshire, operating Lancaster bombers. Aircrew members were drawn not just from Britain but also Canada, Australia, and New Zealand amongst others. Over 400 members of the squadron were to lose their lives in the two years of the squadron's existence, which saw the loss on operations of 66 aircraft, with another 14 being written off in accidents. Thrown into the Battle of Berlin in the winter of 1943-4, 514 Squadron also played a pivotal role in supporting the Allied bridgehead in Normandy after D-Day, before reverting to attacks on German infrastructure, including transport facilities and oil production plants.

Striking Through Clouds is the day-by-day contemporaneous account of the operations of 514 Squadron. Recorded by squadron officers, this was a dispassionate but comprehensive account of the war effort of the squadron and its members. It serves as the official record of the squadron's day to day war. It provides a stark testament to the courage, sense of duty and, so often, the sacrifice of bomber aircrews, 55,573 of whom, with an average age of 22 years, would not return from operations. Seven decades later, the number of survivors is diminishing but the memory of these heroes will not be allowed to fade.

What listeners say about Striking Through Clouds

This book is exactly what it claims to be, a war diary. More exciting than a reading of a phone directory, but only slightly. Sounds like it was recorded in someone's bathroom.

struggled to finish. most boring audio ever. monotone reader of dry log only don't select this book