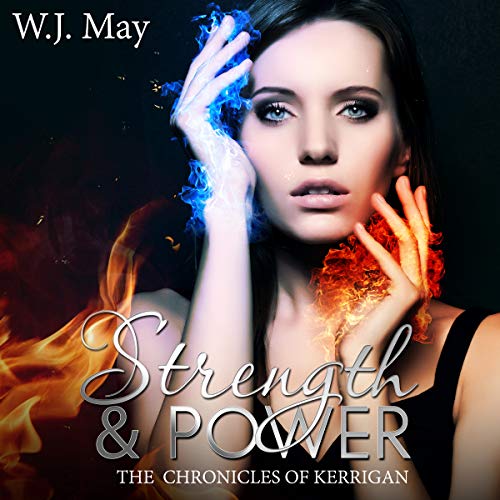 By: W.J. May
Narrated by: Sarah Ann Masse

Strength & Power is the 10th audioook of W.J. May's best-selling series the Chronicles of Kerrigan.

So Rae and Devon are broken up. Gabriel's furious he wasn't chosen. Angel is back in the picture, Kraigan is out of the picture, and Molly and Luke have turned into one of those hilarious, obnoxious, perfect couples....

After discovering a cryptic clue left by her father, Rae Kerrigan finds herself facing off against an opponent she never expected: the Privy Council. The lines between "good" and "evil" are blurred once again, only this time, Rae isn't sure who's left on her side. Life in London becomes a dangerous dance - one she must navigate carefully because the stakes have never been higher.

Could it be possible the Council was behind everything all along? Is Rae really willing to cut all ties and go rogue like her father? How far will the agents at Guilder go to stop her?

The Chronicles of Kerrigan series:

The Chronicles of Kerrigan Sequel:

The Chronicles of Kerrigan: Gabriel: