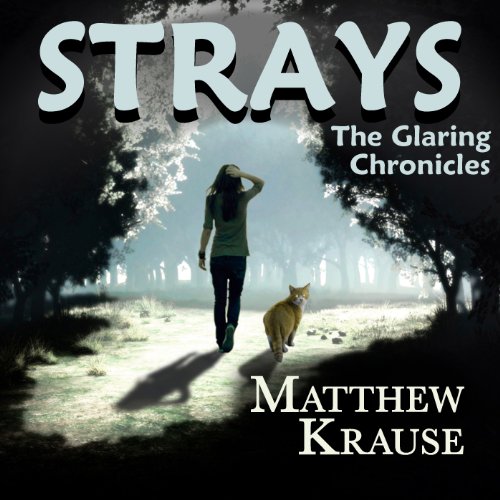 There are 500 million cats in the world, but some of them are not all that they seem. Part of a secret order called The Glaring, these mysterious changelings move freely among us, sometimes as common cats, sometimes in more human form, marking our movements as we go about our lives.

An ancient evil known as Jackal has waged an eternal war with The Glaring, threatening the human world that it protects for centuries. In order to defeat Jackal, The Glaring must enlist the aid of two unlikely heroes from the human world: Sarah, a teenage runaway fleeing a life of horrible abuse; and Kyle, an awkward alcoholic misfit who is reluctantly enlisted as her protector.

Sarah doesn't know it yet, but she possesses a healing light so brilliant that no evil, not even Jackal, can resist it. The only chance the Jackal has to carry out his wicked plans is to keep Sarah in the dark about her power, weakening her spirit until she breaks.

With nothing to protect her but a teenage alcoholic and an army of shape-shifting cats, Jackal's rise to power seems almost assured.

With a gripping premise and bold narrative, Strays lives up the steadfast reputation that award-wining author Matthew Krause has earned.

What listeners say about Strays

Would you listen to Strays again? Why?

I would listen to Strays again because there are some intricate parts to the story. It is a trilogy so I might want to go back and listen for more clues to the outcome.

The characters really come alive in this story. Sarah has had such a hard life but she is so resilient. Kyle is trying to find his way and purpose. I love Tom and Molly.

Have you listened to any of Matthew Krause’s other performances before? How does this one compare?

No this is the first performance I have heard.

Yes this was a book I wanted to listen to in one sitting.

Great story and good narration. I am looking forward to the second book in the trilogy.