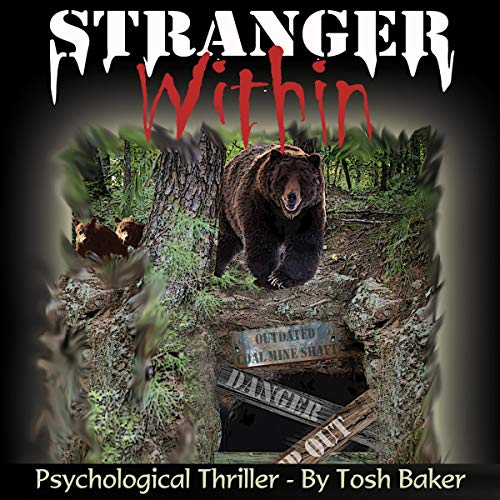 Author Tosh Baker was inspired to write her first novel, Stranger Within, in the wintry months of 2012-2013. Seven years and five novels later, she decided it was time to share this one with the public.

Late 2012, Tosh had received a call from her ex-husband, Dallas - he was distraught as he shared the disheartening news of his recently discovered terminal illness: “I have been diagnosed with stage four lung cancer. The doctor said I have about six months to live. Do you mind seeing me through this?” he asked. Tosh and Dallas had been close friends through their marriage of 23 years and remained close friends even after their divorce. They had raised a daughter together, and despite their differences, the pair made their situation work for them. Tosh opened up her home to Dallas that day and invited him to spend his last days, in the comfort of family, who loved him. Dallas enjoyed crime shows, filled with suspense and thrills. While he was restricted to the confinements of his hospital bed, Tosh spent the last three months of his life, caring for him through a hospice program - t24 hours a day. When her cherished friend had become incapacitated and bedridden, Dallas had asked Tosh to tell him a story and she recalled his exact words, as he asked, with a childlike desire: “Tosh, make up a story and tell it to me - something like a Criminal Minds sort of thing. I just want to hear you talk.”

Tosh thought about it and knew it would be therapeutic for both of them and considered their restricted confinement. They lived miles out in the secluded country and had been dealing with a blistery winter in the state of Illinois. They both knew that keeping their minds busy during this time was a must, as they faced this certain isolation together. She had hoped it would give them something else to think about, other than the inevitable outcome, of his diagnosis. After setting a rear view mirror up at her desk, she positioned Dallas behind her, propped up in bed.

There and then, Tosh began writing her very first novel and reading each page aloud, to her beautiful friend. She remembers Dallas hanging onto each word and craving page after page. A month after the story had ended, Dallas moved on from this life and into another journey. He will be forever missed, by those who loved him. I can only hope you enjoy the suspense filled tale, as much as he did.

When a successful rancher loses her beloved boyfriend to a terminal illness, Annie finds comfort in the similar characteristics, that his wealthy older brother Cole bestows - but not everyone is who they portray to be. Mind spinning games, manipulated by a master, will turn into survival of the fittest, when everything goes into a state of disarray. Enjoy this suspense filled thrill, as Cole reveals his true nature, in this action packed tale, of money, power, love, and control.

What listeners say about Stranger Within

I am once again amazed by the talent that Tosh Baker displays with her writing. The story behind how this book came to be makes it that much more incredible. I am grateful to once again have the opportunity to review one of her books. This is twisted like some of her other books and that is part of my attraction to her work. I found the dilemma facing Annie with regards to her sexual orientation and her upbringing although not focal an interesting piece of the entire story. The characters are well developed and Cole is scary kind of guy you would think of seeing on a show like "Criminal Minds". Freak puts it mildly. This is so different than what I expected but it was a wonderfully twisted and dark thriller. A true mind "f-bomb". Natsumi Bailey as always outstanding narration just adds to the unstoppable talent in this audio book.