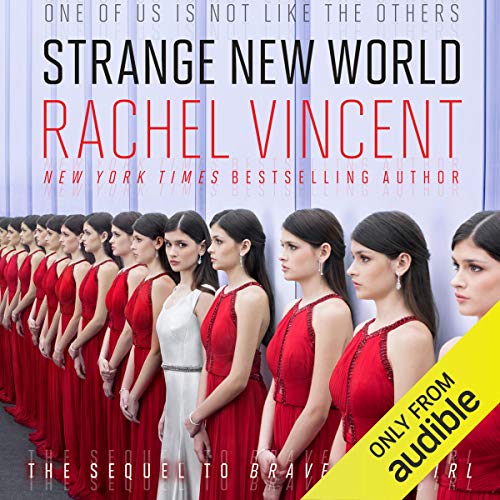 By: Rachel Vincent
Narrated by: Christy Romano
Try for £0.00

In a world where everyone is the same, one girl is the unthinkable: unique.

Dahlia 16's life is a lie. The city of Lakeview isn't a utopia that raises individuals for the greater good; it is a clone farm that mass-produces servants for the elite. And because Dahlia breaks the rules, her sisters - the 4,999 girls who share her face - are destroyed. She and Trigger 17, the soldier who risked his life for hers, go on the run, escaping into the wild outside the city walls. But it turns out Dahlia has one remaining identical, one who shouldn't even exist.

Waverly Whitmore is teenage royalty, a media sensation with millions of fans who broadcasts her every move - including every detail of her wedding planning, leading up to the day she marries Hennessy Chapman. Waverly lives a perfect life built on the labors of clones like Dahlia. She has no idea that she, too, is a clone...until she comes face to face with Dahlia.

One deadly secret. Two genetic sisters. And a world that isn't big enough for both of them.

way different then the first

I really loved how this one was put together so different then the first. The characters were amazingly written and the couples make you wish all relationships were that unweilding. overall awesome book kind of sad waited so long to listen too.

I actually enjoyed this book more than the first one. I also liked the characters in this book. It was less awkward not having mostly clone conversations. IDK what it was but it felt like this book had a lot more everything.
So the characters rock, there were quite a few surprises along the way, and I never got bored. While not my favorite duology by this author, this book cemented it as a good one. Five glittery stars!

This is a sweetheart and exciting story. I theroly enjoy this. Some might say it was a fell good story but kept me interested until all the mystery was unveiled.

I enjoyed these books as not just pleasurable reading but insightful thought and human kind potential drama. MASTERPIECE CREATIONS!