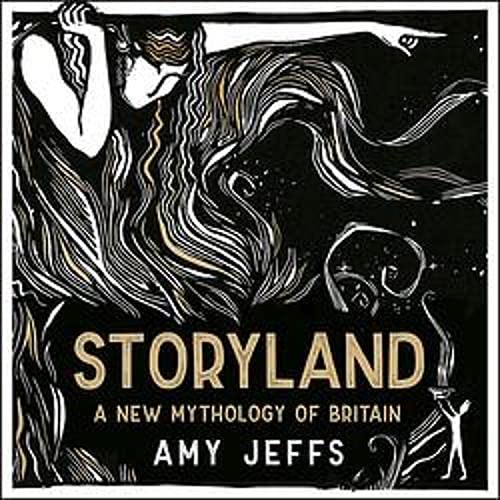 Soaked in mist and old magic, Storyland tells a history of Britain and the politics of its people through medieval eyes. Grounded in research, related as fiction, it begins before the Great Flood, with a troop of African giants quarrying stones. Later, the first migrants enter the Atlantic, calling themselves the Scoti and Britons, followed by the English and the Normans, crossing the North Sea.

Storyland is ancient Britain as you have never seen it before. It is filled with places we know today and characters half-remembered: Lear in Leicester, Merlin in Stonehenge, Grim in Grimsby, St Columba on the River Ness. Storyland is a tale of legend, landscape and the yearning to belong.

What listeners say about Storyland

Storyland is a good read. Mythology of Britain isn't something taught in British Schools, so finding this book has been great. I really enjoyed both Lucy Paterson's narration and Amy Jeffs explanations too, both are skilled narrators :)

I had been waiting for this book to be released and i was not disappointed! Beautifully read and a wonderful recounting of the myths of out home. I never knew any of these stories growing up, but was familiar with the mythology of Greece and Ancient Rome. A lovely listen - i am only sad that i don’t have the book for the amazing illustrations. SM