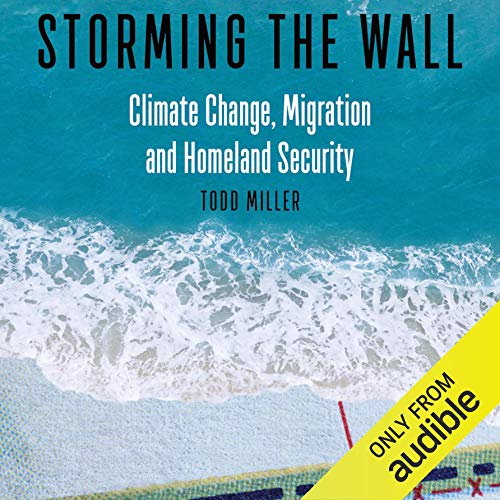 As global warming accelerates, droughts last longer, floods rise higher, and super-storms become more frequent. With increasing numbers of people on the move as a result, the business of containing them - border fortification - is booming.

In Storming the Wall, Todd Miller travels around the world to connect the dots between climate-ravaged communities, the corporations cashing in on border militarization, and emerging movements for environmental justice and sustainability. Reporting from the flashpoints of climate clashes, and from likely sites of futures battles, Miller chronicles a growing system of militarized divisions between the rich and the poor, the environmentally secure and the environmentally exposed. Stories of crisis, greed, and violence are juxtaposed with powerful examples of solidarity and hope in this urgent and timely message from the frontlines of the post-Paris Agreement era.

What listeners say about Storming the Wall