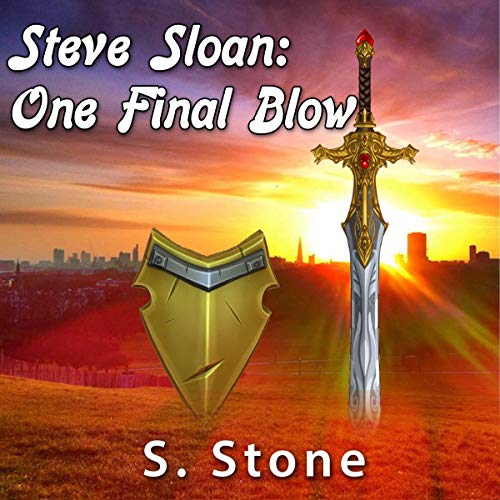 By: S. Stone
Narrated by: Nicholas Santasier
Try for £0.00

The final audiobook in this LitRPG-ish series.

Steve wants to get away, go travelling alone for a while to clear his head after the events of the past couple of weeks. The one problem, as he sees it, is that he hates being alone for too long. When he is, things tend to go wrong in a big way. Along the way, Steve will meet some unique people and creatures that change everything and force him into making choices he didn't necessarily want to make.

Andy is worried for his long-term friend and wholeheartedly agrees with Steve's idea of going travelling without him. He will worry and struggle; he would have to man up and not be so reliant on his friends.

A sequence of events will change lives unequivocally forever.

The questions are thus: Will Steve be gone for long, or will he be drawn back into village life? Will Andy ever get that date with Mel? Will everyone come out of this alive? And finally, are brothels a profitable business in a village of less than 500?

What listeners say about Steve Sloan: One Final Blow

Anybody who reads my reviews will know I'm a massive fan of these audiobooks and sometimes critical of narration. Here however I can not be.

The hole story from start to finish was fantastic. There were battle's with creatures I've not heard of before, references to the real world, the humour I love, and a foul mouthed unicorn. Awesome series highly recommend for those who aren't litrpg purests and enjoy an inappropriate giggle at the world.

Narrator as I've said before has made the characters his own after a shaky beginning in the first book.

It's a sad day as this is the last in the series. Here's too hopefully more from the author in the future.