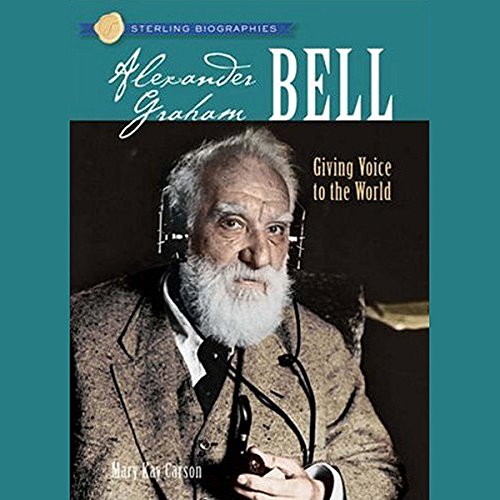 Inspired by his nearly-deaf mother and a father who developed a "visible alphabet" of all the possible sounds a human being can make, Alexander Graham Bell spent the greater part of his life trying to improve the way people communicated with one another.

It was this desire that led him to create his most famous invention, the telephone, and turned him into one of the most well-known names of all time. Young readers will find themselves fascinated by this in-depth look at Bell's life and times; his journey from compassionate teacher to master inventor; his success - by just a day - in becoming the first to patent his new creation; and his other, less celebrated, but important achievements.

What listeners say about Sterling Biographies