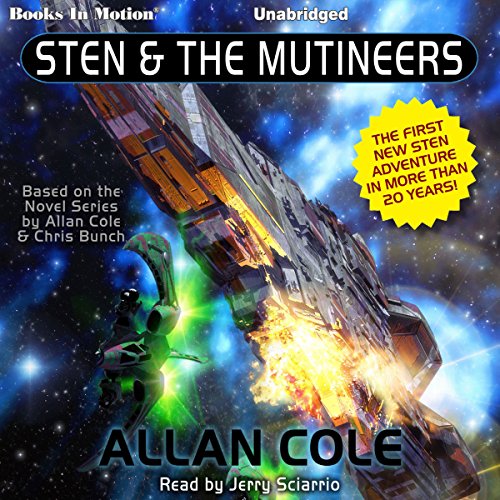 Sten and the Mutineers

Sten and the Mutineers

Mutiny! In the Eternal Emperor's service it is forbidden to even speak the word. To join an insurgency is a firing-squad offense. So, when the crewmembers of the Flame turn traitor and steal an entire space train of Imperium X - the second most valuable element in the Empire - and threaten to sell it to the Emperor's enemies, the Emperor only has one option...to send in his best assassin and dirty trickster: Sten!

What listeners say about Sten and the Mutineers

this is a 'fill in the story line' novel that fits in the middle of the series. It is absolutely not needed to continue in the series, but is a fun fill in for things that happen but are show in the main series.

Don't waste your time and money

Not Sten. Just garbage posing as Sten. I expected better from this author.

I have been a fan of the series for decades and read the books many times and I was hoping for more. This is simply awful.

Just a short story in the history of Sten

If your a fan you might like it but it has no effect on the saga as a whole. Although the author seems to have forgotten some of his timelines. In the original saga it is mentioned several times that Sten introduced the Emperor to Stregg. But this book starts off with the Emp and Mahoney drinking it before Sten even comes back from the Wolf Worlds with the famed beverage.