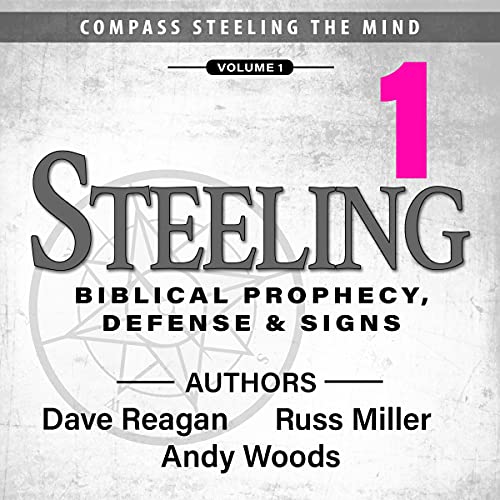 60 Second Answers to the Toughest Bible Questions - by Russ Miller.

In this day of instant grits, when people have a question about the Bible, they often don't want you to give them an hour-long video to watch. So Russ has taken the questions that most people ask and has come up with a 60-second answer that's easy to remember.

The Compromised Church - by Andy Woods.

Too many churches today make their major decisions based on not offending the flock. After all, you can't run off those "giving units". But the Bible specifically says to "rebuke and exhort" the flock. We're now seeing the result of watering down the sermons! Andy takes churches to task!

The Greatest Event in the 20th Century - by Dave Reagan.

God says Israel is the apple of his eye - yet he allowed Israelis to be scattered around the globe for almost 2000 years. But their second return to their homeland was prophesied and he's been bringing them back since the early 1900s, a miracle of gigantic proportions!

When God created the Earth in six, 24-hour days, was that 7-day creation week God's template for 7,000 years of humans on Earth? This is one of the most powerful presentations we've ever had at Steeling the Mind Bible Conference.

Science in the Bible - by Russ Miller.

The Bible is an amazingly accurate science book, but of course our kids aren't being taught this in school. Russ, one of the top Christian apologists in America, will give you a boat-load of info proving God's word is scientifically defendable!

Signs of the Second Coming - by Andy Woods.

Make no bones about it, Jesus promised, "I'll come again. .There are a lot of prophecies about his return and Andy will walk you through a ton of verses showing how close the big event may be. And we're exiting seven years earlier!