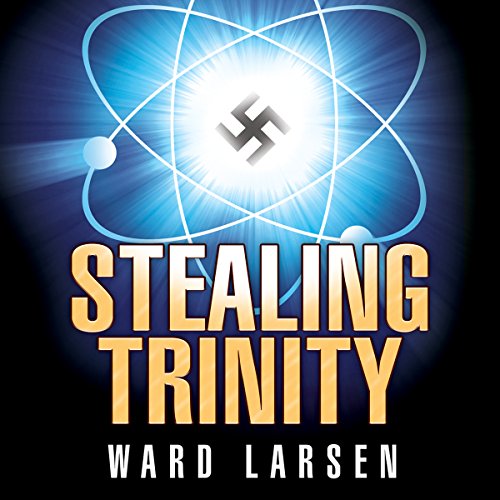 In the last days of World War II, the Third Reich makes a desperate grab to retrieve its most valuable asset, Die Wespe, a spy buried deep in the Manhattan Project. The man chosen for this mission is Alexander Braun: American born, Harvard educated, and a ruthless killer.

British Intelligence learns of the Nazi plan. Unable to convince their American counterparts of the magnitude of the threat, they dispatch Major Michael Thatcher to track down Braun. The trail leads to Rhode Island, where Lydia Cole, a young heiress, has unwittingly taken Braun back into her life. Braun is forced to run, and there is one place where he must go - Los Alamos, home of the Manhattan Project.

On July 16, 1945, the world's first atomic bomb is tested - code named Trinity. In the days that follow, four people - a tenacious British investigator, a determined young woman, a killer, and the spy who could compromise America's greatest scientific endeavor - will have a fateful rendezvous, all vying for control of the secret that will shape the world.

"An innovative, original plot marks Larsen as an author to watch." ( Publishers Weekly)

What listeners say about Stealing Trinity

I have just finished listening to all three Flight series books and three Assassin series leaving this historical fiction for the last one. To my great surprise this book is at the top Ward level of writing. It has a plot and action with lots of interesting details as the author excels in.
Just read in the news that USS Indianapolis wreck has been discovered at the depth of 5500m. Today the newest Assassin series book is coming to Audible. I'm really happy.

This story has me on the edge of my seat. Make that, seats. While I row, cycle, or spin, this book has me actually looking forward to my next workout session, which keeps getting longer because I want to hear "just one more chapter." The narrator has a clear solid baritone voice that is a real pleasure to listen to. He has a great knack for accents. Highly recommend this audio book.

It was hard to listen to the story because the narrator was awful. He has some very strange way of speaking and pronouncing words - it sounds a lot like a second grader learning how to read out loud. I can't believe it. It ruined the book.

Would you listen to Stealing Trinity again? Why?

Yes Very well written. Story line was a little week especially that the war was over.

Just enjoyed the plot and story.

Lousy a waste of time, would only play 3chapters! Tried several times , and getting same problem!

This book wasn???t for you, but who do you think might enjoy it more?

A fan of Stilted, Horrible Narration may enjoy this.

I couldn't listen that long.

Would you be willing to try another one of Tim Campbell???s performances?

If you could play editor, what scene or scenes would you have cut from Stealing Trinity?

This is the worst audiobook I have ever heard. I wonder what, if any, quality control or review occured before this book was offered for sale.