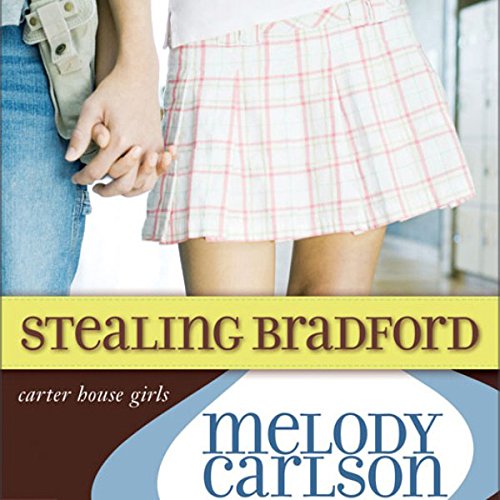 Mix six teenage girls and one '60s fashion icon (retired, of course) in an old Victorian-era boarding home. Add boys and dating, a little high-school angst, and throw in a Kate Spade bag or two ... and you've got The Carter House Girls, Melody Carlson's chick lit series for young adults! The Carter House girls are just getting to know one another when tensions surrounding several boys threaten to undo everything. Rhiannon's dating Bradford, the most popular jock in school, Eliza's seeing Harry, and even DJ is dating Conner, although now he acts as if he doesn't like her. It seems every girl in the house wants a boyfriend---and will do just about anything to get one. So when Taylor decides to put the moves on Bradford, Rhiannon is shocked and hurt. Sides are taken, and one girls' actions may cut deeper than she intended.

What listeners say about Stealing Bradford

I listened because I enjoy Tavia Gilbert's narrations, but I didn't love the story.

What was most disappointing about Melody Carlson’s story?

I felt as though the story ended too soon, and much was not fully resolved in the last few chapters. Would have liked more details on the girls at the end of the book.

The narration was clear and concise, as is most of Tavia's work.