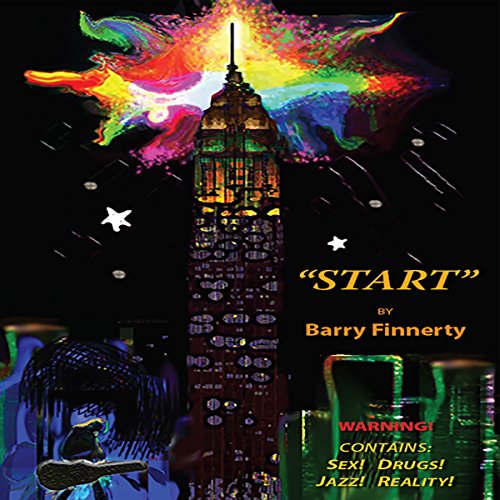 In New York City in the mid-1990s, internationally known guitar player Barry Finnerty found himself in a very bad place. His glory days of the 70s and 80s, when he was recording with Miles Davis, flying first class around the world with the Crusaders, making legendary records such as "Heavy Metal Bebop" with the Brecker Bros, banging beautiful groupies, and partying non-stop – were all a distant memory.

As he reminisces about the past and laments what might have been, he has no choice but to make a living as the rock singer in a high-society tuxedo band - a job with no artistic satisfaction whatsoever, which he finds highly depressing to say the least. Self-medication with booze and cocaine is continuous, and he becomes so unhinged at one point that he actually believes he can escape his predicament by getting into a relationship with Yuvana Crump (the ex-wife of the notorious New York real estate tycoon Ronald Crump) because she smiles at him while he is onstage at a tuxedo gig at the Waldorf. When that brilliant idea doesn't work out so well, he starts thinking that maybe becoming a stand-up comedian might be his way out.

The often hilarious narrative, told in the first person (from Barry's own perspective) and in the present tense (except when recalling past memories), blurs the barriers between memoir and fiction. "There's a lot of reality in it," says Barry. "Although many of the names have been changed to protect the guilty. And a lot of it sounds like it really could have happened, although most of it didn't. But some of it did!"

What listeners say about Start