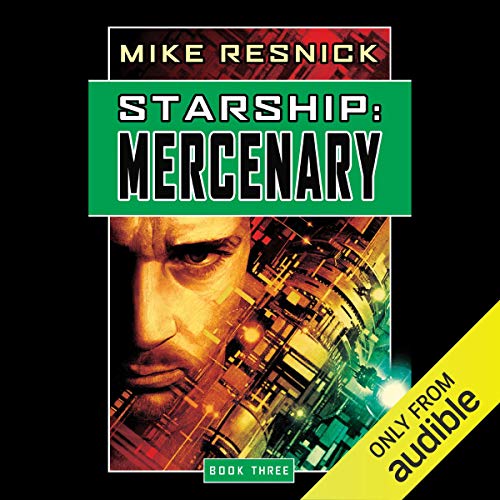 Military discipline and honor have been a poor match for Capt. Wilson Cole's life of pillaging and plundering. Seeking a better way of life, the Teddy R. has become a mercenary ship, hiring out to the highest bidder. Whether it's evacuating a hospital before war can reach it, freeing a client from an alien prison, or stopping a criminal cartel from extorting money from a terrified planet, the crew of the Teddy R. proves equal to the task. Along the way, they form a partnership with the once human Platinum Duke, team up with a former enemy, and make the unique Singapore Station their headquarters.

The life of a mercenary is not always predictable. Circumstance now pits Cole and the Teddy R. against the former Pirate Queen, Valkyrie. Soon the fragile trust that has grown between these two legends is put to the test as they find themselves on opposite sides of a job.

Very Nice Book! Very easy to listen to. Lots of Action and Drama. Very well written story with a bit of humor.

The story was great and the characters were interesting with a some good plot twists...

What was one of the most memorable moments of Starship?

Have you listened to any of Jonathan Davis and Mike Resnick ’s other performances before? How does this one compare?

This is my first for both the reader and the author..

Wow its getting really good

I listened to this one on a long drive all the way through i felt it was better then the first 2, i felt i was getting to know the characters and the story and seeing how it was coming together i typically like longer stories so i think i have started liking this series the more i listen. i was real glad i had the next one to listen to on the way back.

I got through the books too quickly. So now i have to wait...... I hate waiting