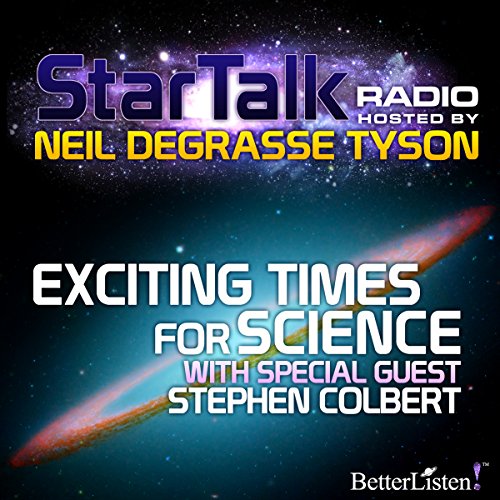 Special guest Stephen Colbert of Comedy Central's Colbert Report talks about the joys of being a science geek. Brilliant scientific discoveries and cutting edge technology have transformed our world, yet many people are turned off by science. Where has the excitement for science gone, and how can we get it back? Stephen Colbert developed an interest in science at a young age, and now he shares that fascination by inviting scientists to appear on his show The Colbert Report.

De Grasse Tyson is wonderful. but has unfortunately hooked himself up with this annoying woman with a loud voice who constantly interrupts and has never heard of Einstein's E=MC^2. Really? And you're charging people for this? These types of clips are available on YouTube and are the ones you exit out of quickly.

Not a huge fan of the co - host. However I enjoyed this. especially the Colbert interviews. Those alone made this worth buying.