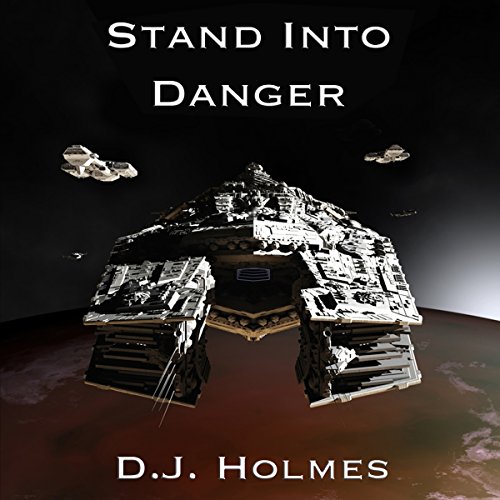 Human nations have been thrown into competition for the resources of nearby star systems.

The Russian Star Federation decides to make a move for one of humanity's most important colonies.

Returning home after a training exercise, Captain Jonathan Somerville and his ship, HMS Achilles, stumble into the middle of the warzone. Stranded behind enemy lines, the crew of Achilles must fight their way through occupied territory if they are to link up with coalition forces and help turn back the invaders.

Stand into Danger is a military science-fiction novella and introduction to the Empire Rising military sci-fi series.

What listeners say about Stand into Danger

So its not Homes best work its a Novella that covers a very small part of one of the back story for an older character in the main storys.

In the main story the MC has an uncle who is known as a war hero and very much running the British Space force at the time of the FIRST BOOK VOID WAR. This novella covers the most important battle that the uncle comands and is why he is so well respected. Its Ok nothing ground braking doesnt add much to the character and doesnt put the rest of series in new light or even build the setting its just a short engagment with quite large stakes but we know he wins so meh.

This was a great time in to the main story line. It give the listeners a look back at a story that was referenced in the main timeline.