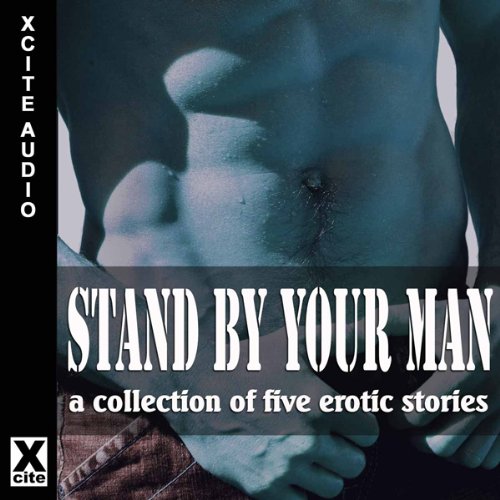 Stand By Your Man

Stand By Your Man by Michael Bracken: A private eye learns what it’s like to want someone so bad he doesn’t care about the consequences when he falls for his latest client, a wheat-blond graduate student recently dumped by the English professor with whom he was cohabitating.

Tumble Dry by Heidi Champa: Sometimes only dirty, filthy sex will do. After a long and dirty day, that’s what Jake wants from Kevin. And, he’s not going to stop until he gets it. Kevin is happy to comply, even if it means spending extra time finishing the laundry.

Tour Fling by Mary Borselino: Ben’s band is the hot new thing on the line up for this summer’s national tour of festival shows. And with festival tours come tour flings: sweet little love affairs in bus bunk-beds and stolen backstage kisses. In Louis, Ben thinks he might have found his perfect tour fling – will a stolen afternoon at the beach prove him right?

Halfway up the Stairs by Josephine Myles: When Charlie wakes up alone and remembers arguing with his boyfriend the night before, it seems like nothing will resolve the situation. Josh wants them to move, but Charlie is too attached to the house. It’s not just all the work he’s put into it, though, it’s all the memories. One memory in particular, of standing hidden halfway up the stairs, watching and wanting....

A Brush with the Law by J Manx: When a friend asks Michael to assist with a presentation at a police training session he instinctively declines. After all, he’s never had any dealings with the police and his presentation skills leave a lot to be desired. However, his friend’s persistence pays off, which is fortunate for Michael as there is a rather attractive police sergeant in the audience.

What listeners say about Stand By Your Man