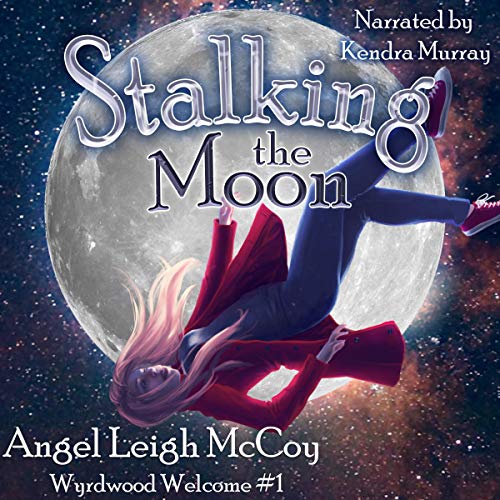 By: Angel Leigh McCoy
Narrated by: Kendra Murray
Try for £0.00

It’s a long fall from the moon, and reality will never be the same. A magical realism novel about a woman whose hallucinations begin killing those she cares about.

Viviane Rose has lived with auditory hallucinations all her life. Despite this, she has a good job as the manager of the laundry at Vince Malum Residential Living Center, a long-term care facility for the mentally ill. She works there to be near her catatonic mother and amnesiac fiance, and she lives with her grumpy grandfather. Family is her top priority.

Viviane has all aspects of her life running like clockwork until one of her hallucinations manifests and begins killing the patients at the Center. Her world turns upside-down, her fiance disappears, and her greatest ally proves to be one of the voices in her head. The veil is torn from Viviane's eyes, and she must face the harsh reality that the world is both bigger and more dangerous than she ever knew. Turning back time is not an option. Some revelations can never be unseen.

Stalking the Moon combines suspense with mystery, adventure, and magic. It's the first in the Wyrdwood Welcome trilogy by award-winning game writer Angel Leigh McCoy, of World of Darkness, Guild Wars 2, and Control fame.

Creating a new mythology for the 21st century....

Escape with Viviane to where nothing is what it seems. Your ticket is just one-click away. Scroll up and buy now.

If you like your books character-driven with an epic mythic arc and a literary style, then you'll want to join Viviane on her journey of awakening.