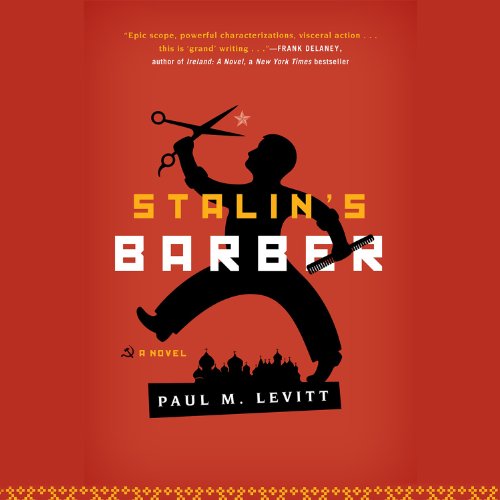 Avraham Bahar leaves debt-ridden and depressed Albania to seek a better life in, ironically, Stalinist Russia. A professional barber, he curries favor with the Communist regime, ultimately being invited to become Stalin’s personal barber at the Kremlin, where he is entitled to live in a government house with other Soviet dignitaries. In the intrigue that follows, Avraham, now known as Razan, is not only barber to Stalin but also to the many Stalin look-alikes that the paranoid dictator circulates to thwart possible assassination attempts - including one from Razan himself.

What listeners say about Stalin's Barber

What did you love best about Stalin's Barber?

The overall plot interested me as a fan of history and historical fiction.

What was one of the most memorable moments of Stalin's Barber?

I can't pick one.

If you could take any character from Stalin's Barber out to dinner, who would it be and why?

The barber himself. He'd give me a nice haircut and shave, and we could talk politics.