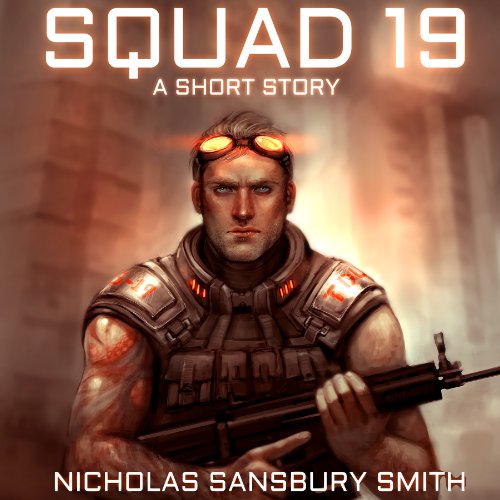 Squad 19 is a short story and prequel to the novel - The Biomass Revolution. It can be listened to before, after or as a stand-alone.

Welcome to Tisaia - the last hub of modern civilization, in a world left scorched by the nuclear fires of the Biomass Wars. Surrounded by a fortress of steel walls, and protected by a fierce and loyal Council of Royal Knights, Tisaia seems relatively safe to the average State worker and citizen. A plentiful supply of Biomass powers the cities, and food is abundant, but security has come at a terrible cost. The State will do anything to protect its resources, even if it means suppressing the rights of its citizens and deporting immigrants into the Wasteland - a virtual death sentence.

Sasa is a young immigrant who has been left for dead outside the safety of the Tisaian steel walls. It is only by a dash of luck the rebels find her and bring her back to Camp Salvation in the middle of the Wastelands. She is put to work as a technician, working to purify the camp's water, but more than anything she wants to fight.

Obi Hepe is the commander of Squad 19, the infamous arm of the rebellion. After surviving a ravenous dust storm, he is faced with a tough decision - train Sasa to fight and risk seeing her killed like so many others, or force her to work in a job she hates with no incentive. With the Royal Knights hunting his soldiers into the Wastelands Obi realizes he may not have a choice as he is going to need every gun he can get in a final battle for Camp Salvation.