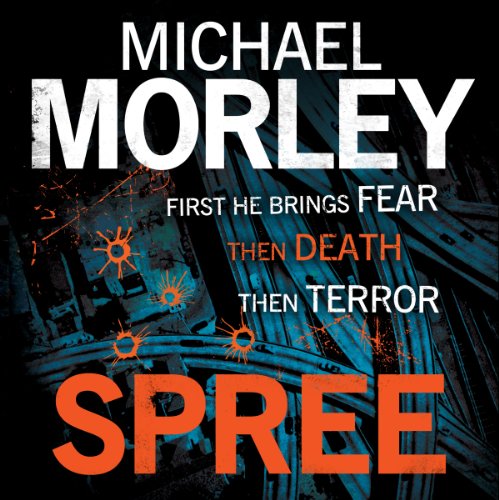 A madman is on the rampage in the Los Angeles streets. The City of Angels has become The City of Fear. And everyone from the Oval Office down wants a quick result. The heat is on Jake Mottram, head of the FBI's new Spree Killer Unit, and psychological profiler Angie Holmes to find the madman responsible.

Until now, they've been great together. Both at work and in bed. But a killer is about to come between them, in ways that could cost them far more than their careers. Will they survive the spree about to come? Spree: Life and death in LA - like you've never seen it before.

What listeners say about Spree

This really is a page turner

I really enjoyed this book it is very well written and the plot is tightly packed and very tense. It is a story with twists and turns.

My favourite character is the female lead Angie Holmes. She is well drawn in the book and I found myself really identifying with her emotions.

Which character – as performed by Ian Porter – was your favourite?

Ruiz Costa because he sounded just as I imagined he would. I amazed how one reader can conjure up so many different characters just by changing his tone, accent and intonation. Just as a bad reader can spoil a good book so can a good reader totally enhance the listening experience

When is a Spree killer not a Spree Killer

I have not read anything by the author before but I have looked up his back catalogue and will certainly be trying some of them.

Where does Spree rank among all the audiobooks you’ve listened to so far?

pretty high; not quite a 5, but I only give that for truly outstanding and unfortunately it doesn't happen often enough. But this, very nearly, ticked all the boxes.

most of the time; I certainly did not wonder off, as sometimes happens with a lesser book. I did listen well into the mornings early hours - just another chapter

Which character – as performed by Ian Porter – was your favorite?

well, Jake, but I suspect I'm supposed to say Angie. They were both well drawn characters and I empathised with both.

Almost, but not quite. It took me 3 sittings.

If you love thrillers in the police procedural genre with a bit of romance and a personal relationship sub plot sprinkled in, then you will really enjoy this. I'm looking forward to the next Michael Morely offering.