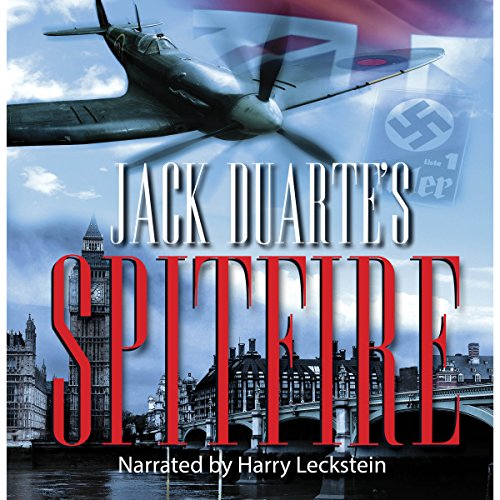 The setting is Great Britain in the suspenseful summer of 1940. Even though war with Germany has been declared, the British Isles have yet to feel the onslaught of the German blitzkrieg. A defiant nation mobilizes and prepares for the inevitable attack by Germany.

Flight Lieutenant Anthony Nelson is a Spitfire Mk 1 pilot and a top flier. His 54 Squadron at Hornchurch Royal Air Force Station is critical to the defense of London and all of England. Nelson is charged with training new pilots until the real action begins. His life is further complicated when his younger brother, Fletcher Nelson, announces his forthcoming marriage and then chooses to join his brother's squadron.

Spitfire follows Nelson's 54 Squadron as the war escalates and the Battle of Britain is fought by valiant Spitfire pilots over England's blackened and deadly skies. Hitler orders his Luftwaffe to level London and almost succeeds in his monstrous plot.

Only the Royal Air Force's Spitfires and fighter aircraft stand in Germany's way. After heavy losses, the RAF begins to gain an edge. Then Fletcher Nelson is reported missing. The story takes a bittersweet turn as Anthony Nelson tries to console Fletcher's distraught fiancée.

What listeners say about Spitfire

Maybe just personal taste or perhaps I've been spoilt by significantly better audio books. The story has little substance and would seem to be written for children

loved the action but kinda turned into a romance and made it a little hard to finish the end though is the ehhh kinda what I predicted but the book left it before it was confirmed which made me a little upset. Though good read over all.